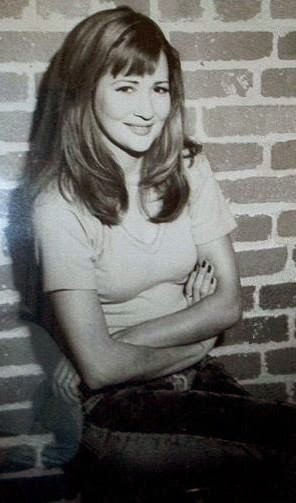 It was reported that Christine Cavanaugh had died on December 22nd when her obituary ran in the L.A. Times today.

Christine had a long and varied career both on camera and behind the microphone until she retired from acting in 2001. She has the distinction of being a part of the very first show covered here on SMF for her portrayal of Bunnie Rabbot on Sonic the Hedgehog. Additionally on Saturdays, she had starred as the voice of Gosalyn Mallard on Darkwing Duck and an episode of Raw Toonage, Rosebud on Beethoven, Bamm-Bamm Rubble on Cave Kids, Oblina and other roles on Aaaah!!!! Real Monsters, and Wizzer and Dumpling on 101 Dalmations: The Series. She was also Ritchie Raccoon on two episodes from ABC Weekend Specials, Kevin on Bobby's World, Badger Boy on The Spooktacular New Adventures of Casper, Alcides on Hercules, several guest voices on Recess and Tasha on the Weekenders.
Posted by Chris Buchner at 3:20 PM No comments: Links to this post

Howdy, folks. Your blogmaster here with some announcements.

First up, I want to thank everyone who has come by week in and week out to check out what I'm doing here. Saturday morning was an important part of my childhood, and I hope I've sparked some memories of your own with what I'm doing. And for those of you just joining us this week, or next week, or the week after for the first time, WELCOME! Hang your hat, stay a while.

Second, with the hustle and bustle of the holidays upon us, this busy time of year has prompted me to take a little vacation during the time when programs were usually in rerun mode anyway. But, fret not! New entries will be back before you know it beginning JANUARY 17TH. And boy do we have some fun in store for all of you! 2015 will begin the reign of the THEME MONTH here on SMF. Each month we'll be presenting shows that tie together with a particular theme, so you'll have a pretty good idea of when some of your favorites will be coming around (but be sure to check out the rest, as you might find something new to like).

In February, we begin with BLACK HISTORY MONTH where we'll look at shows that prominently star black characters. And believe you me, when some of these shows aired that fact was a VERY big deal.

March will bring us the DISNEY AFTERNOON MONTH, where we'll look at programs that aired on both the beloved weekday syndication block AND Saturday mornings.

Remember when your favorite shows would come back and feature younger versions of the characters? Betcha didn't know that was called BABYFICATION, and in April we'll take a look at some Baby-fied cartoons.

With Avengers: Age of Ultron due out in May, what better time to look at the stable of Marvel Comics productions? That's right, it's MIGHTY MARVEL MONTH in May (hey, an M-month...that worked out nicely!).

It's power to the players in June when we do VIDEO GAME MONTH.

Back to the Future turns 30 in July, so we're breaking out MOVIES MONTH to showcase the programs spun off from various movies.

Jem and the Holograms are getting a movie in October, but we'll be celebrating that in September with TOY TOONS MONTH. Why? Because...

...October will be our second HALLOWEEN MONTH as we explore more creepy shows with things that go bump in the night.

The Peanuts feature film lands in November, so it's time to explore its comic strip roots with COMIC STRIPS MONTH.

And with Star Wars 7 on the horizon, December will take us to a GALAXY FAR, FAR AWAY MONTH as we journey to the final frontier with programs set in the vastness of space.

Lastly, you can check me out once again on the radio, WGBB 1240 AM out of Long Island, on Sunday, December 21st on It Came From the Radio at 4PM, eastern. Don't live in the area? You can stream it live from the station's website.

Have a great holiday season, and we'll see you again in 2015!
Posted by Chris Buchner at 10:54 PM No comments: Links to this post

While watching on Saturday mornings around the holidays, you probably saw these:


It's a little-known fact that being an elf gives you the power of The Force.

Can't skate? Let a clown and animated animals help you.

Because you're probably sick of watching the M&Ms meet Santa every year.

Bringing family together over a cup of coffee.

The lesser-known of the Peanuts Christmas specials.

HAPPY HOLIDAYS!
Posted by Chris Buchner at 8:00 AM No comments: Links to this post

For the history of Scooby-Doo, check out this post here.

By the time the fourth incarnation of the Scooby-Doo franchise rolled around on his tenth anniversary, the formula that made it so popular had begun to wear thin. Not only had there already been three previous Scooby programs, but an endless series of clones and twists on the concept produced by Hanna-Barbera and competitors to try and duplicate the magic. ABC, taking note of the declining ratings, constantly threatened to cancel the show every season, forcing them to insert a new element to keep things fresh each time.

Enter Scooby’s plucky new sidekick: his nephew Scrappy-Doo (Lennie Weinrib). Where Scooby (Don Messick) was cowardly, Scrappy was brave and headstrong, always ready to charge into a situation fists first (often to the point of needing to be saved from an impending threat because he wasn’t willing to recognize when it was too big for him to deal with) while shouting his battle cry “Tata-ta ta ta-ta, Puppy Power!” Scrappy would also attempt to set his own monster traps, usually resulting in his capturing Scooby and Shaggy (Casey Kasem) instead of his intended target. Scrappy would always push Scooby into situations he would rather run from, offering what he considered encouragement.

The concept for Scrappy harkened back to Joe Ruby and Ken Spears’ initial ideas for Scooby before he evolved into the more well-known incarnation. Series writer Mark Evanier had stated that when rumors floated around about ABC executives being sold on ideas that were similar to classic Warner Bros. cartoons, he patterned Scrappy’s personality after such characters as Henry Hawk, Sylvester Jr., and Chester. That inspiration prompted Hanna-Barbera to approach Mel Blanc to assume the role, as he had played Henry, but he wanted too much money. Frank Welker was auditioned and even supplied them with the “Puppy Power” catchphrase. Although Messick was deemed the best audition by far, they decided that Weinrib had the voice they were looking for.

The character was not well-liked by fans to the point of constant ridicule, but the ratings managed to stabilize enough to have Scooby continue to be ABC’s schedule stopgap every season. While all the familiar characters were present on the show, the focus of the series began to shift heavily on the comic relief of Scooby and Shaggy’s cowardice more than the spooky weekly mystery-solving. Gradually, the rest of Mystery, Inc. faded into the background of the stories to the point of irrelevance. In fact, the final episode featured only mere cameos of Fred (Welker), Daphne (Heather North) and Velma (Pat Stevens, who left for health reasons and was replaced by Marla Frumkin). Mystery, Inc. was dropped entirely as series regulars with the next incarnation of the show.

Scooby-Doo and Scrappy-Doo debuted on ABC on September 22, 1979. The series was written by Evanier with Glenn Leopold, Diane Duane, Willie Gilbert, Duane Poole, Tom Swale, David Villaire, Mark Jones, Bryce Malek and Bob Ogle. While maintaining the Hanna-Barbera laugh track, the series did feature an all-new musical score by Hoyt Curtin, finally retiring the score it had used since Where Are You! The theme song was a reworking of The New Scooby-Doo Movies theme. The villains of the show were heavily influenced by the culture of the time, with such spooks as the “Neon Phantom of the Roller Disco”.

Before Stevens departed, she participated in a prime-time special with the rest of the cast called Scooby Goes Hollywood, produced at the same time as this series but omitting Scrappy. Shown December 13th, 1979, the plot of the movie poked fun at the increasingly stale format of the Scooby franchise with Shaggy and Scooby desiring something new and better than their typical Saturday morning pratfalls and trying to make it big in Hollywood on prime-time TV. Ultimately, they’re convinced to return to Saturday mornings. Although the movie was made available on home video, the series has yet to be fully released on DVD. Seven episodes had been released as part of four compilations called Scooby-Doo! 13 Spooky Tales.

“The Night Ghoul of Wonderland” (9/29/79) – The gang treat Velma to a Sherlock Holmes mystery at an amusement park when the crime ends up being real.

“Strange Encounters of the Scooby Kind” (10/6/79) – Scooby, Shaggy and Scrappy are kidnapped by aliens, leaving the rest of the gang to save them.

“Shiver and Shake, That Demon’s A Snake” (10/20/79) – While on vacation in the Florida Keys, Daphne buys an idol cursed by the Snake Demon the gang encounters.

“The Scary Sky Skeleton” (10/27/79) – Daphne’s friend, stunt pilot Wendy, is getting ready for an air show when the Sky Skeleton appears.

“The Demon of the Dugout” (11/3/79) – A demon interrupts the baseball game between the American team and the Japanese team for the Baseball Diamond.

“The Hairy Scare of the Devil Bear” (11/10/79) – The gang stumble upon the legendary Devil Bear in the Grand Canyon.

“Twenty Thousand Screams Under the Sea” (11/17/79) – The sea beast of the Aztecs rises in Acapulco and scares away all the divers.

“I Left My Neck in San Francisco” (11/24/79) – A Vampiress that resembles Daphne stalks San Francisco, leading Shaggy, Scrappy and Scooby to think Daphne is the vampire.

“Where You Wish Upon a Star Creature” (12/1/79) – A Star Creature appears to frighten everyone away when the Green Hills observatory discovers a new star.

“The Ghoul, the Bat, and the Ugly” (12/8/79) – The gang attends the Batty Awards where the Shadow Creature destroys the best horror film of the year.

“The Sorcerer’s Menace” (12/22/79) – The ghost of the Great Haldayne is the prime suspect in the disappearance of the Black Pearl of Tonga Lei.

“Lock the Door, It’s Minotaur” (12/29/79) – The gang investigates why a minotaur is scaring everyone off the Greek island of Helos.

“The Ransom of Scooby Chief” (1/5/80) – While visiting Scrappy’s old neighborhood, Scooby and Shaggy end up kidnapped and it’s up to Scrappy and his friends to save them.

Posted by Chris Buchner at 8:00 AM No comments: Links to this post