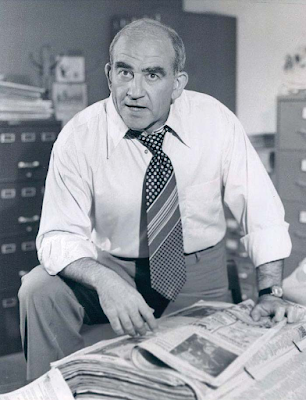 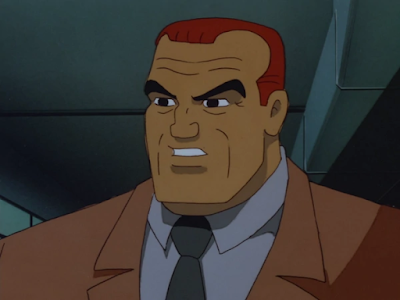 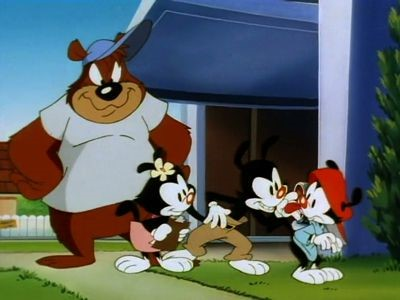 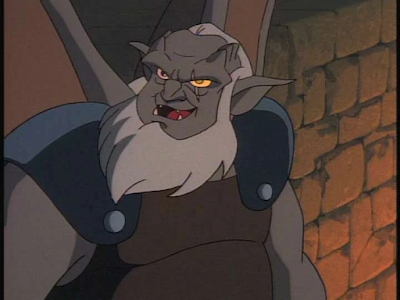 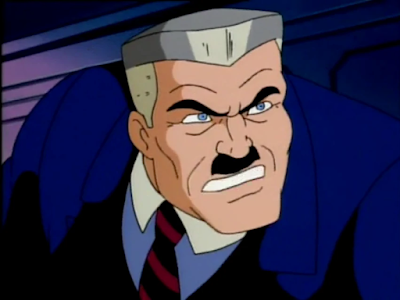 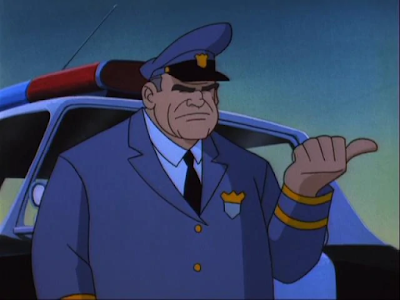 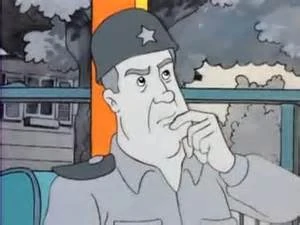 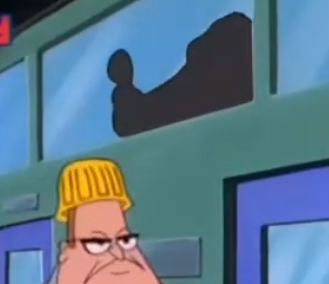 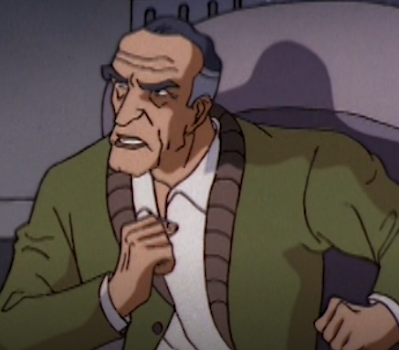 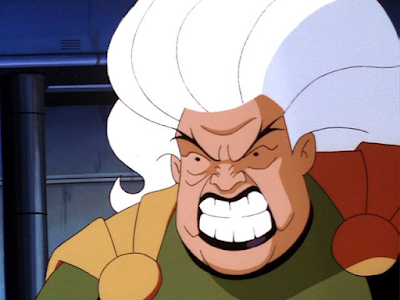 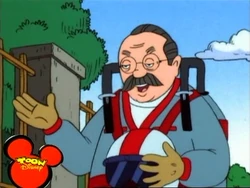 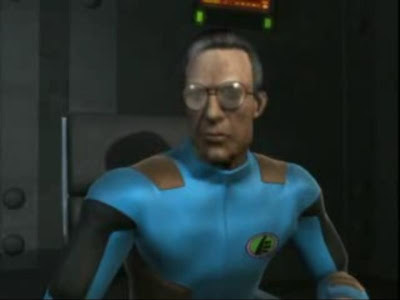 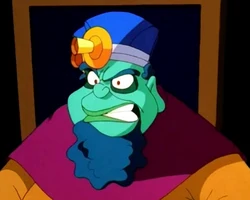 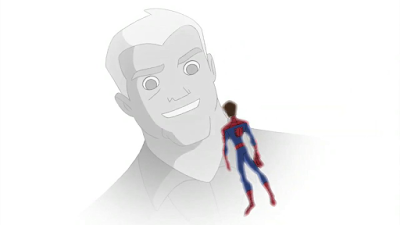 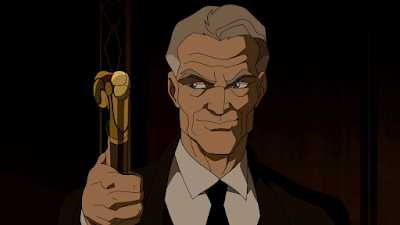 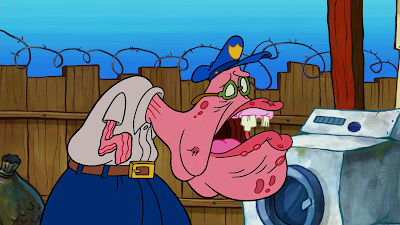 Posted by Chris Buchner at 4:49 PM No comments: 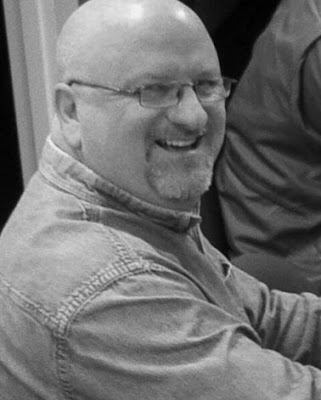 He was a background artist and art director that worked on Alvin & the Chipmunks (1983), Histeria!, Digimon: Digital Monsters and SpongeBob SquarePants.

Posted by Chris Buchner at 3:14 PM No comments:

*NOTE: The lyrics didn't appear in the broadcast version of the intro.

MAIN CAST:
MC Hammer – Himself (live)
Clark Johnson – Hammerman/Stanley Burrell
Ron Rubin – Righty
Susan Roman – Winnie
Jeff Jones – Gramps/Soul Man
Miguel Lee – Unspecified
Maurice Dean Wint – Showbiz
Joe Matheson – Unspecified
Neil Crone – Ludwig
Stevie Vallance (as Louise Vallance) – Jody, various
Carmen Twillie – Fly Girls
Born in Oakland, California, Stanley Kirk Burrell got his start at age 11, earning money by performing dance routines outside Oakland Coliseum during Oakland A’s home games. Team owner Charles Finley took notice of young Burrell and eventually made him the team’s batboy. While working for the A’s, he performed at various clubs while they were on away games under the moniker “MC” for “Master of Ceremonies”. “Hammer” was soon added due to his resemblance to home-run king Hank “The Hammer” Aaron. Hammer’s life probably would have played out very differently if he made the cut for the San Francisco Giants when he tried out.

While Hammer loved baseball, he loved rapping and performing a bit more. After a stint in college and the Navy, Hammer borrowed some money from former A’s Mike Davis and Dwayne Murphy and launched his own record label: Bust It Productions. Through it, he released the albums Feel My Power and Let’s Get It Started. Both sold well enough to get him signed to Capitol Records. His next album, Please Hammer Don’t Hurt ‘Em, became the most successful rap record of all time by selling 10 million copies and dominating the airwaves with singles like “U Can’t Touch This”. Hammer produced and starred in a film titled after the album and quickly pushed out his next one, Too Legit to Quit, in late 1991 (which was also the first released after he dropped the “MC” from his name).

Because Hammer’s lyrics were clean, he had appeal to both adults and children. With that in mind, Andy Heyward approached Hammer about developing a cartoon based around him and his music. That series was Hammerman, which depicted Hammer as a rapping and dancing superhero. In the series, the lead character was Stanley Burrell (Clark Johnson), a rec center organizer in the city of Oaktown (named after Hammer’s other record label) who loved to dance. He was discovered by a man known simply as Gramps (Jeff Jones) and his granddaughter, Jody (Steve Vallance). Gramps had been the superhero Soul Man (patterned after James Brown) throughout his life, but it was time to retire and pass the mantle on. He gave Stanley his magic talking dancing shows, Righty (Ron Rubin) and Lefty, and they turned Stanley into Hammerman with a black shirt, black parachute pants, and a gold chain. Hammerman could rap and dance his way through most situations; using musical notes to bring inanimate objects to life or imprison bad guys, defying the laws of gravity or physics, etc. His parachute pants also served as an actual parachute. Because his powers were so ill-defined (and verging on god-like), the actual threat in each episode came from Stanley’s opportunity to transform in time either because he was already caught up in the action as Stanley or his shoes were out of reach for some reason.

Only Gramps knew about Stanley’s alter-ego, which was odd considering Jody was a part of the search and aware of Gramps’ past tenure as a hero. Other characters included Winnie (Susan Roman), who worked at the rec center and was an aspiring veterinarian; Showbiz (Maurice Dean Wint), who was always trying to act like Stanley’s manager and turn him into a professional performer; and, Ludwig (Neil Crone) a street musician that played keytar (like his namesake, Ludwig von Beethoven). Additionally, two identical girls dressed in spandex called Fly Girls (Carmen Twille) would pop up from time to time, acting like a Greek chorus and seemingly unnoticed by the other characters  (however, they tended to get caught up in the events of an episode). Among Hammerman’s foes were Defacely Marmeister (John Stocker), who loved graffiti and looked like an abstract painting; Paula Bunion, who was obsessed with shoes; and Boss Grindenheimer (Dan Hennessey), an evil genius and mad scientist.

Hammerman debuted on ABC on September 7, 1991, a co-production of DiC Entertainment and Bustin’ Productions, a spin-off to Bust It. Reportedly viewing it as his social responsibility, the series took inspiration from Fat Albert and the Cosby Kids by having live-action wraparound segments featuring Hammer discussing the plot and moral of the story with a group of kids on animated backgrounds from the show. Hammer also interacted with his animated counterpart in the series’ intro, rapping the theme song by him and Felton Pilate that spelled out Hammerman’s origins. Additional Hammer songs were integrated into the show’s soundtrack with additional music by The Music Team and Chase/Rucker Productions. The series was written by Reed Shelly, Bruce Shelly, Bob Forward, Eve Forward, Martha Moran, Robert Askin, Steven Weiss and Paul Dell, with the Shellys serving as story editors. Ed Lee handled the character designs.

DiC Entertainment had earned itself a bit of a reputation in the industry for trying to produce a product as cheaply as possible. Many would come to regard the company’s initials as standing for “Do It Cheap”. However, while many of their productions still looked decent despite animation limitations, Hammerman became the one program that most embodied that distinction. While the intro, animated by Milimetros Dibujos Animados, S.A., was animated smoothly enough, the show itself, animated by Pacific Rim Animation L.T.D., was horrendous by comparison. Instead of the traditional 24 frames per second, Hammerman ran at 10 or less, depending on the episode and scene. Many times, it looked as if the only things animated were the keyframes (the start and ending positions of a movement), with the in-betweens (the drawings that create the illusion of movement between the keyframes) skipped entirely. Continuity mistakes were also common; such as Jody being tied up and captured in one shot but free and escaping the next without any kind of context.

Needless to say, the show performed abysmally in the ratings and only lasted a single season of 13 episodes. This also coincided with a turn in Hammer’s personal fortunes as Too Legit to Quit failed to perform as well as the previous album. He spent the money faster than it came in, resulting in his declaring bankruptcy in 1996. Hammer eventually rebounded and continued making music, working in the industry and investing, as well as riding a wave of nostalgia to appear in reality shows and commercials, but had never reattained the level of success he originally experienced.

While Hammer the man continued on, Hammerman wouldn’t been seen again until 2014. The Cartoon Network series Robot Chicken ran an episode called “Welcome to the Golf Jam”, which saw disgraced golfer Tiger Woods attempting to rebuild his reputation by making his own Space Jam movie. However, the only company that would agree to partner with him was DiC. As a result, poorly animated versions of several DiC characters appeared, including Hammerman (Zeb Wells).

There was some merchandising to go along with the show. Three episodes were released to VHS by Buena Vista Home Entertainment in 1992; the only official releases to date, with more episodes being made available via uploads on YouTube (although not all in English). View-Master would adapt “Defeated Graffiti” into three slide reels. JusToys produced a set of temporary tattoos featuring the main characters and Hammerman’s shoes, while Thermos made a lunch box depicting Hammerman and Gramps hanging out with some neighborhood kids. White Castle even hosted a strange promotion where they gave out Hammerman toothpaste, a toothbrush, a sponge and a bar of soap.

“Defeated Graffiti” (9/7/91) – Defacely Marmeister tricks neighborhood kids into graffitiing up the buildings with his special paint that he can bring to life.

“Winnie’s Winner” (10/19/91) – Knowing Hammerman is always hanging around the rec center, three villains drop off a bugged dog so that they can find and trap him.

“Rapoleon” (11/16/91) – Feeling like nobody pays attention to his beats because he’s short, Raopoleon’s plan to turn himself larger ends up giving him the means to make the world smaller.

“Nobody’s Perfect” (12/7/91) – Stanley’s brother invents a robot designed to make everything perfect, but failed to take into account that we live in an imperfect world.

“Dropping Out” – Hammerman tries to keep one of the rec center kids from dropping out of school to play pro ball by taking him to the future.

“Lights, Camera, Hammer!” – Showbiz drags Stanley to a movie production and they both end up captured on celluloid—literally.

“Blast from the Past” – Gramps is feeling pretty useless until one of his old foes returns and gives Hammerman some trouble.

“Work This” – UNAVAILABLE.
Posted by Chris Buchner at 8:00 AM No comments: