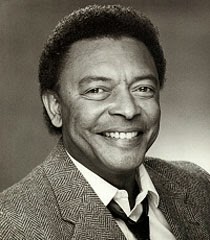 Voice actor Buster Jones died on September 16th at age 71. You an read the article here.

His Saturday contributions included Black Vulcan on several versions of the Super Friends with several other minor characters, an unspecified role in Spider-Man (1981), Twiggy Sander aka Spaghetti Man on The Super Globetrotters, Lothar on Defenders of the Earth, Officer Quartz on The Flintstone Kids, two minor roles on Batman: The Animated Series and its follow-up The New Batman Adventures, and his best-known role as the second voice of Winston Zeddemore on The Real Ghostbusters replacing Arsenio Hall.
Posted by Chris Buchner at 6:19 PM