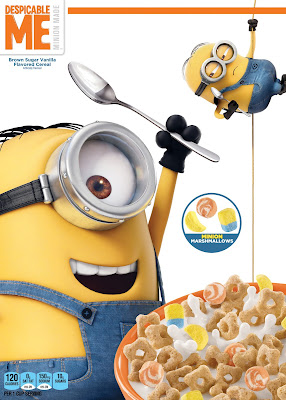 DESPICABLE ME MINIONS MADE CEREAL

After two successful movies and a spin-off, a third was inevitable. Universal Pictures and Illumination Entertainment announced Despicable Me 3 in 2013 and set out on production for a 2017 release. The film follows reformed supervillain Gru (Steve Carrell) as he encounters a former child star-turned-villain and his long-lost charming, cheerful and more successful twin brother, Dru (also Carell).

As part of the promotional marketing campaign for the film, Kellogg’s licensed the rights to the characters to produce the second Despicable Me-themed cereal: Despicable Me Minions Made Cereal. Interestingly enough, the first was made by General Mills in promotion of the then-upcoming Minions spin-off film. Like that cereal, this one also focused on the Minions (primarily voiced by co-director Pierre Coffin); the popular diminutive servants of Gru. The cereal featured squared cereal pieces flavored with vanilla and a hint of brown sugar, as well as marshmallows in the shape of Minions, bananas and oranges (their food of choice being fruit). The boxes feature various arrangements of the primary Minions—Bob, Stuart and Kevin—as well as games and comic strips on the back. 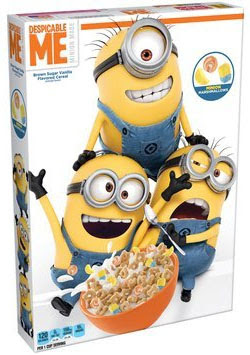 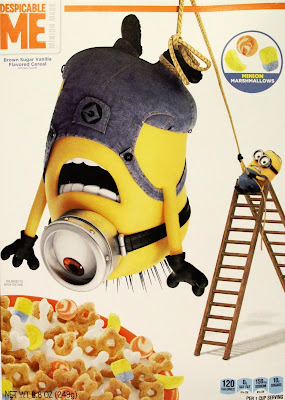 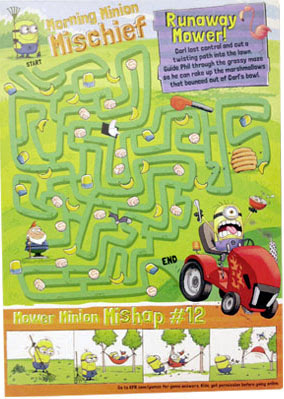 Email ThisBlogThis!Share to TwitterShare to FacebookShare to Pinterest
Labels: cereal, Despicable Me Minions Made Cereal, Kellogg's