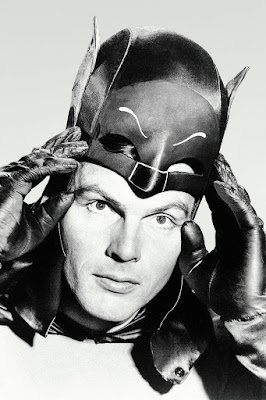 West was an actor and best known as Batman from the campy 1960s live-action series. He returned to the role of Batman in The New Adventures of Batman and the final two incarnations of the Super Friends franchise. He gained a later second career lampooning that role and in voiceover acting. He appeared as The Gray Ghost in an episode the Gray Ghost, in an episode of Batman: The Animated Series; Captain Blasto in Rugrats; The Galloping Gazelle on Goosebumps; Spruce Wayne, the Caped Crusader in Animaniacs; Ernest Hemingway in Histeria!. West made a final return to the Batman franchise in the last Saturday outing, The Batman, as Mayor Grange. 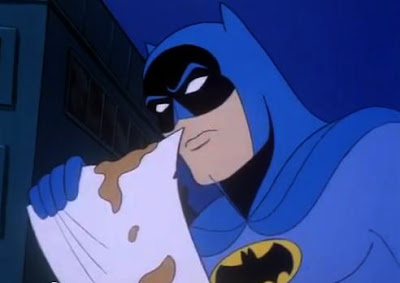 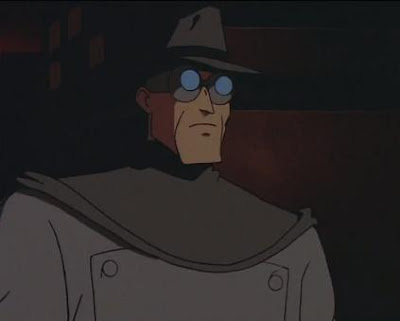 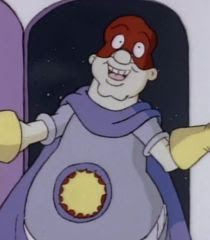 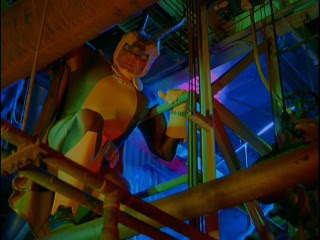 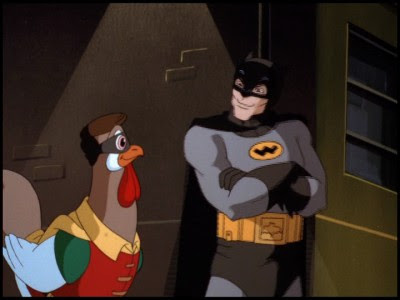 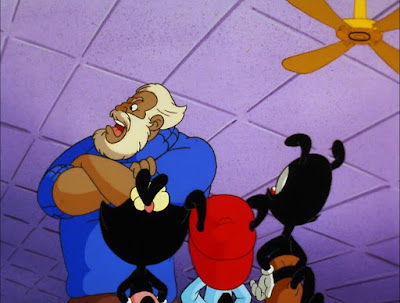 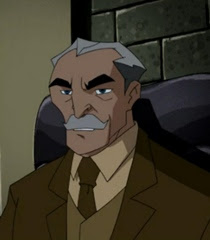 Posted by Chris Buchner at 9:35 PM