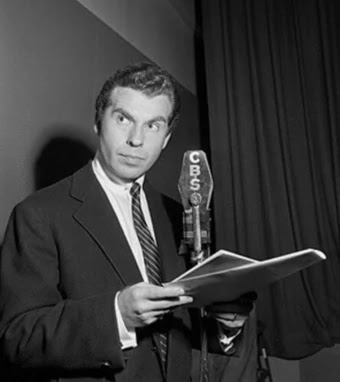 Frees was known as “The Man of a Thousand Voices”; a title he shared with colleague Mel Blanc. He began his career in the 1930s as an impressionist under the stage name Buddy Green. This skill set would prove to be a boon to his career as he would be called in to re-loop dialogue of other actors or correct for foreign accents in various productions. In 1942, he began a 40-year career in radio that was briefly interrupted by first being drafted into WWII and then attending the Chouinard Art Institute before his first wife’s failing health sent him back into it. Frees worked extensively with various animation studios of the time, including Disney, Warner Bros., Walter Lantz Productions, UPA, Jay Ward Productions, MGM (which would lead him to Hanna-Barbera), DePatie-Freleng Enterprises, Rankin/Bass and Ruby-Spears. His first Saturday morning entry was The Adventures of Rocky and Bullwinkle, where he played multiple roles including primary antagonist Boris Baddenov. While best known for his voice work, Frees did make a few on-camera appearances in minor roles, was a songwriter and a screenwriter. Frees died in 1986 from an overdose of pain medication. Although ruled a suicide, his agent released a statement citing the cause was heart failure.

Saturday Credits:
The Adventures of Rocky and Bullwinkle
The Dick Tracy Show
Hoppity Hooper
The Secret Squirrel Show
Super President
George of the Jungle
The Atom Ant/Secret Squirrel Show
Shazzan
The Beatles
The Superman/Aquaman Hour of Adventure
Fantastic Four (1967)
The Pink Panther Show
The Banana Splits Adventure Hour
Jackson 5ive
The ABC Saturday Superstar Movie
Run, Joe, Run
The Pink Panther Laugh and a Half Hour and a Half Show