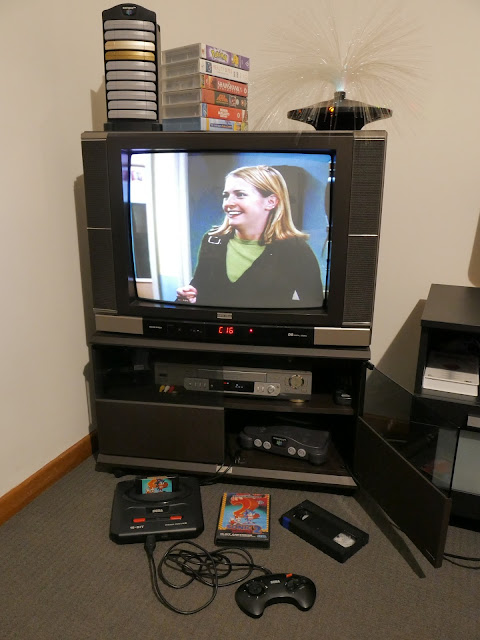 When Disney pulled DuckTales from a FOX-affiliated local station in favor of airing it on an independent station it owned, FOX head Barry Diller removed the show from the rest of their stations and began working on programming to counter Disney’s upcoming The Disney Afternoon. That was the Fox Children’s Network, a joint venture between the Fox Broadcasting Company and its affiliates. Headed up by animation veteran Margaret Loesch, the block originally ran for half an hour on weekdays and 3 hours on Saturday mornings. In 1991, it was renamed Fox Kids Network (or simply Fox Kids) and expanded to 90 minutes on weekdays (3 hours in 1992) and 4 hours on Saturdays. With Fox Kids came the first offerings of the all-new Warner Bros.Television Animation: Taz-Mania, Tiny Toon Adventures, Animaniacs and Batman: The Animated Series. Loesch was even able to take care of some unfinished business from her Marvel Productions days and bring X-Men to the air, followed shortly after by Spider-Man. The biggest get, however, was the acquisition of Saban’s Mighty Morphin Power Rangers that propelled FOX to become the #1 network.

ABC attempted to play off of the popularity of its Friday night TGIF block by introducing the similarly-structured MCTV (More Cool TV). Live-action stars from the network’s Saturday offerings would appear every half hour or so to host the day’s programming, such as the cast from Land of the Lost or MC Hammer, who was starring in Hammerman. The branding was abandoned in 1993. In 1996, Disney acquired ABC and jettisoned all of the shows not made by the studio, with the exception of The Bugs Bunny and Tweety Show from rival Warner Bros., as it was under contract to run, and Science Court, produced by Burns & Burns. They began their own programming block, Disney’s One Saturday Morning, and populated it with shows produced by them and originally featured on The Disney Channel or Toon Disney. It beat out Fox Kids in the ratings for everything except Power Rangers.

Just before Disney’s takeover of ABC, Warner Bros. entered into a partnership with the Tribune Company to form their own network: The WB. With it came the children’s programming block Kids’ WB. They reclaimed their shows from FOX (whose success, ironically, actually partially inspired the creation of the network), airing Animaniacs and its spin-off, Pinky and the Brain, along with the debut of Superman and the revival of Batman: The Animated Series. The biggest break for the block, however, was when they began airing the English dub of the anime Pokémon. It led the network to surpass FOX in the ratings and inspired other networks to look into anime they could import not only to compete, but because it was cheaper to do so than produce an entirely new show from scratch.