REVIEW: JEM AND THE HOLOGRAMS #3 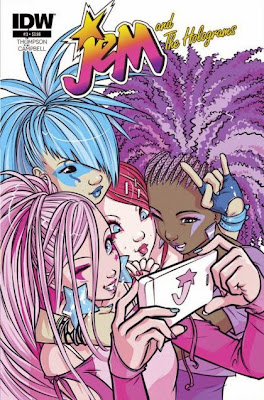 JEM AND THE HOLOGRAMS #3


The Misfits are angry at Stormer. The Holograms are supportive of Kimber. Jerrica and Rio are on their date. Love abounds in this issue as the three sets of characters deal with the exploration of their new relationships in the degrees befitting of the characters involved. We find out to what lengths the Misfits will go for their reputations and to get the competition out of their way, particularly Misfit leader Pizzazz, which sets up future shenanigans in the series. 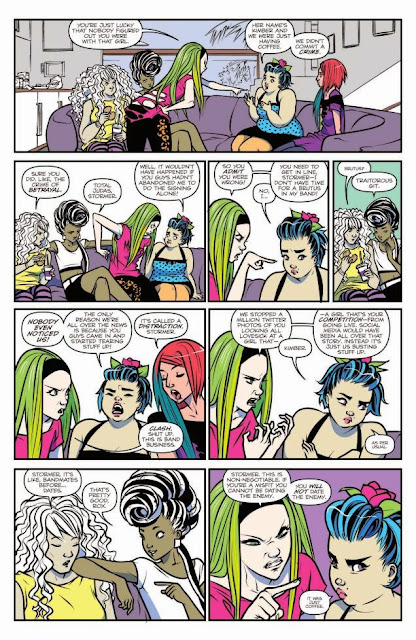 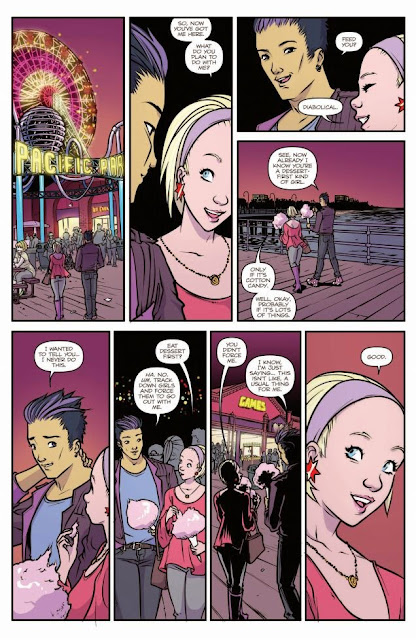 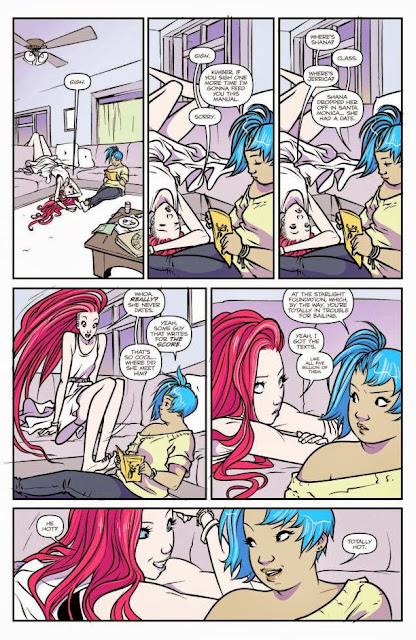 We also get introduced to two new characters: Clash, a Misfit groupie who wants nothing more than to become a Misfit and earn their approval, and Blaze, a completely new character created for the series. Both of them will play a role in the Misfits' upcoming plans for the Holograms' charity appearance. 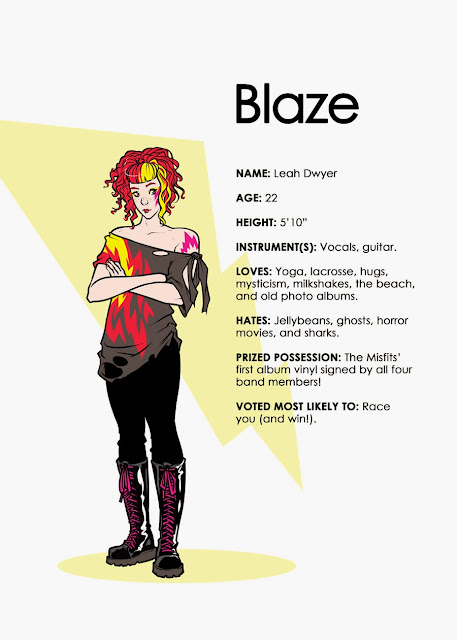 GRADE: B+. This issue is completely character-driven, focusing on developing said characters and their connections to the others. There's no music, and Jem doesn't even make an appearance. Kelly Thompson has done an excellent job balancing out all the characters and their stories, and has shown tremendous strength gains in her pacing since the lackluster debut issue. Sophie Campbell's facial expressions are what really drive home each scene, emoting and adding an extra layer to the characters' words. It's all brought together by M. Victoria Robado's coloring job, which manages to have an entire comic full of brilliant colors without it feeling too loud or intrusive. Jem is currently on an upward swing, and hopefully can maintain it through the first story arc's finale to create a completely satisfying debut package.

This issue has three covers, seen below. What did you think of the issue? Let us know in the comments or on our Facebook page by clicking the link above the right-hand menu. 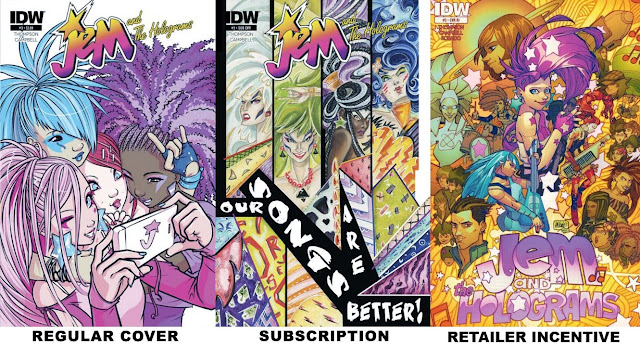 Posted by Chris Buchner at 8:30 AM