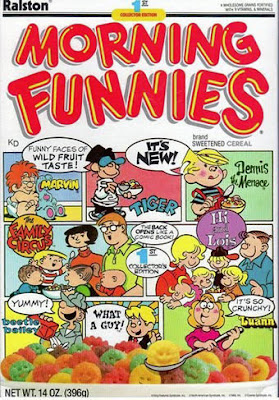 In late 1988, Ralston took on its most ambitious licensed-cereal. Partnering with King Features Syndicate, they brought several of the comic strips they represented to breakfast with Morning Funnies.

The cereal’s name came from the term “the funny papers,” which was often shortened to “the funnies,” describing the comics section of the newspaper. The cereal itself consisted of large smiley faces of various colors. In keeping with the name, the front of the box was designed to resemble the panels of a comic strip featuring characters from Marvin, Tiger, Dennis the Menace, The Family Circus, Hi and Lois, Beetle Bailey, What a Guy! and Luann.

But, it didn't stop there. The most unique aspect of the cereal was the back of the box. Ralston took it to the next level by making it able to open up like an actual newspaper into several pages for a total of eight different comic strips. The strips themselves were reminiscent of their Sunday editions; featuring more than one line of panels and in brilliant color. However, unlike the newspapers, the comic strips weren’t updated with the same frequency. When they were it was indicated in a word balloon on the front with what number “edition” the box was part of. The 9th edition of the cereal saw the addition of Popeye, Hagar the Horrible and Funky Winkerbean to the line-up. Some editions also featured a subscription for Young American, “America’s newspaper for kids.”

While Morning Funnies’ box earned an award for innovative packaging, the cereal itself proved to be a flop. Not only was the cereal a failure as far as taste, Ralston overestimated the appeal of comic strips to their targeted juvenile demographic. Not to mention the time between new content on each box defeated the purpose of giving diners something to read as they ate. By 1989, the cereal was off the shelves. 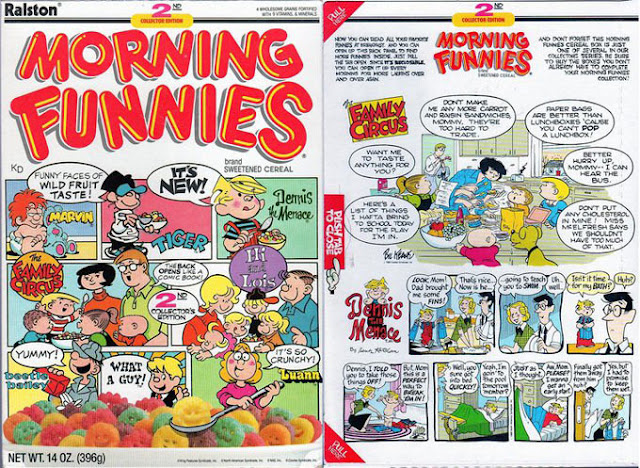 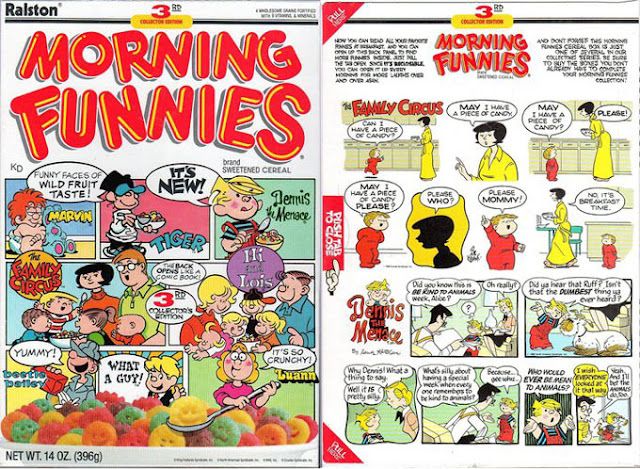 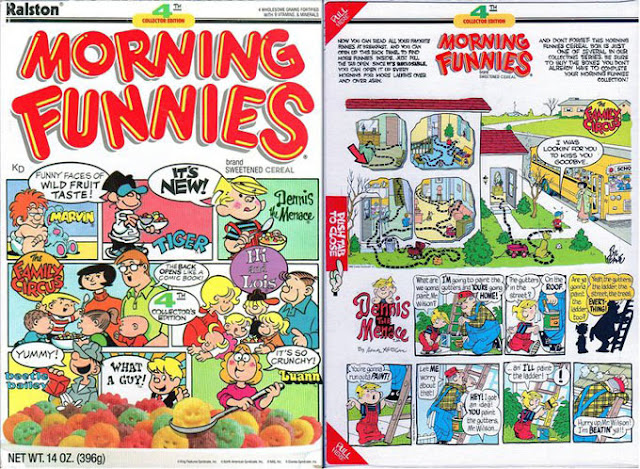 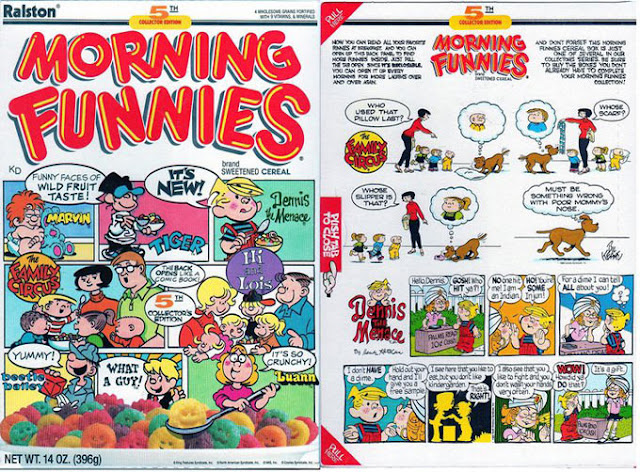 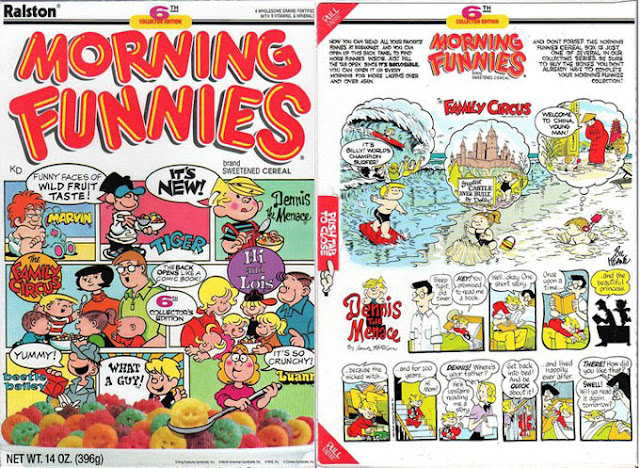 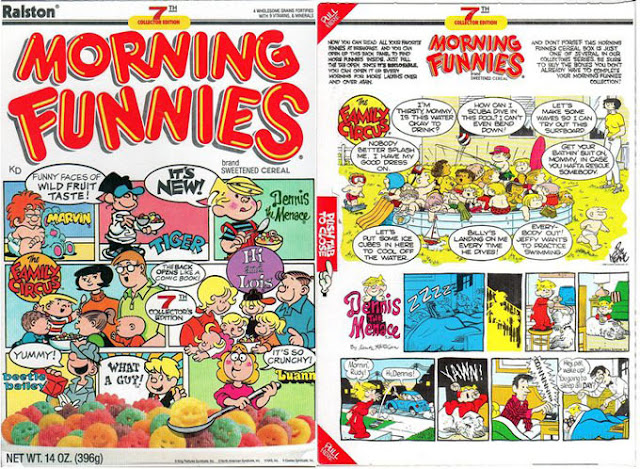 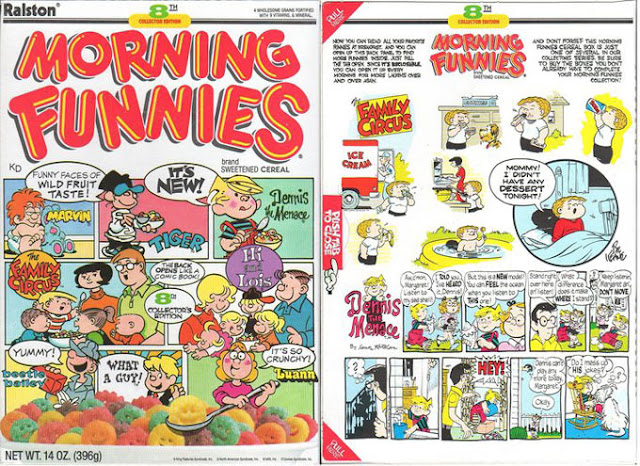 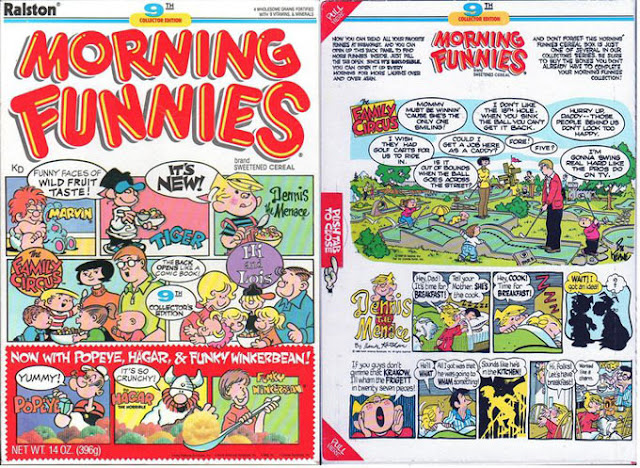 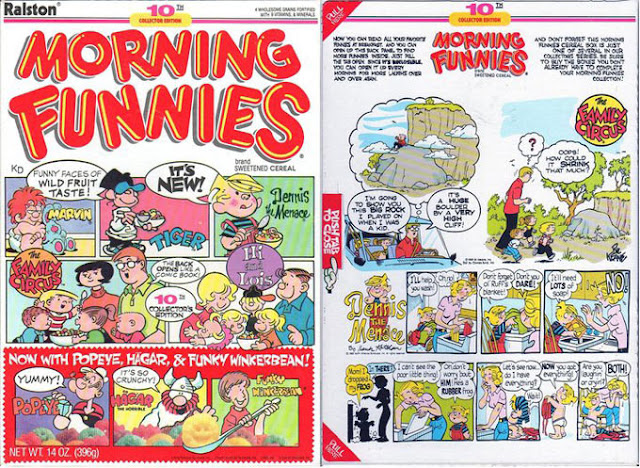