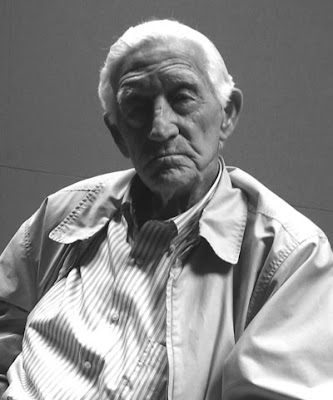 
Givens was most well-known as the designer that created the original look for Bugs Bunny. He had also provided a variety of work on Mr. Magoo, Popeye the Sailor, Linus! The Lionhearted, The Super 6, Doctor Dolittle, Help!...It’s the Hair Bear Bunch!, The Houndcats, Bailey’s Comets, Yogi’s Gang, Wheelie and the Chopper Bunch, The Great Grape Ape Show, The Pink Panther Laugh and a  Half Hour and a Half Show, The Puppy’s Further Adventures, Saturday Supercade, ABC Weekend Specials, Dragon’s Lair, Turbo Teen, It’s Punky Brewster, Mister T, Alvin & the Chipmunks, Mother Goose and Grimm, Garfield and Friends, Bobby’s World, Wild West C.O.W.-Boys of Moo Mesa, The Angry Beavers and The Sylvester and Tweety Mysteries. Many of the Looney Tunes shorts he worked on were seen as part of the long-running Bugs Bunny Show in all of its incarnations from 1960-2000.
Posted by Chris Buchner at 10:15 PM