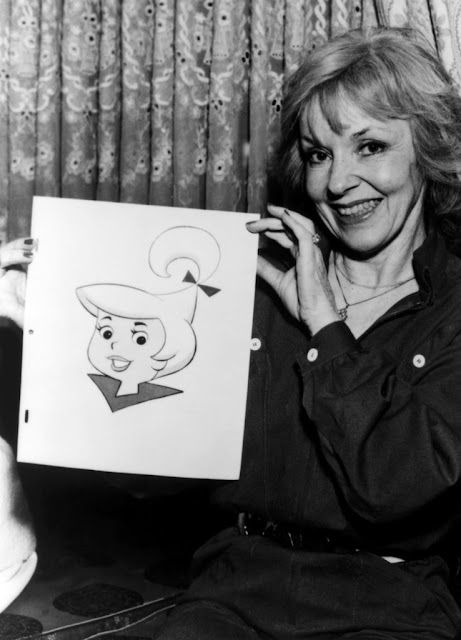 Waldo got her start with bit parts and small roles in films beginning in 1938; although in 1941 she was the leading lady in three Westerns: Silver Stallion, The Bandit Trail and Land of the Open Range. Her big break came when she joined Cecil B. DeMille’s Lux Radio Theatre, leading to a radio career topped by the starring role in Meet Corliss Archer. Her likeness was used for the Meet Corliss Archer comic book published by Fox Feature Syndicate in 1948; the first time fans got any visual indication of what the character looked like. Waldo made the transition to television in 1952 with guest-starring roles on I Love Lucy, The Phil Silvers Show, The Adventures of Ozzie and Harriet (reprising the role she played on the radio version) and others. She would make an appearance in another Lucille Ball series, The Lucy Show, playing Lucy’s sister in 1963. That year, she began her career as a voice actor in animation as supporting characters in Hanna-Barbera’s Loopy de Loop and Johnny Quest. She assumed the recurring role of Pearl Slaghoople, Wilma Flintstone’s (Jean Vander Pyl) mother, in The Flintstones franchise from Verna Felton in 1964. She also had a starring role in the short-lived sitcom Valentine’s Day as Libby Freeman. By 1966, Waldo had edged out of appearing on camera in favor of a voice career, primarily working for Hanna-Barbera; although she did do voices for Ruby-Spears Productions’ The Plastic Man Comedy/Adventure Show and The Puppy’s Further Adventures, Marvel Productions’ Spider-Man and His Amazing Friends, and anime dubs such as the Princess in Battle of the Planets. Her most recognizable characters included Judy Jetson from The Jetsons franchise, Penelope Pitstop from Wacky Races and its spin-off, and Josie McCoy from Josie and the Pussycats and its spin-off. Waldo continued acting until the new millennium, making a few documentary appearances afterward. Waldo died in 2016 from an inoperable brain tumor. At the time of her death, Waldo was the last surviving member of the original Jetsons cast.