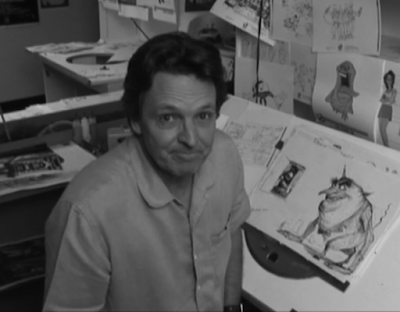 He worked as a character designer on The Real Ghostbusters and Godzilla: The Series, the latter of which he also served as an executive design consultant as he did on Men in Black: The Series. He also provided animation for “The Worm Winter Games” episode of Sesame Street.

Posted by Chris Buchner at 7:01 PM