REVIEW: JEM AND THE HOLOGRAMS #1 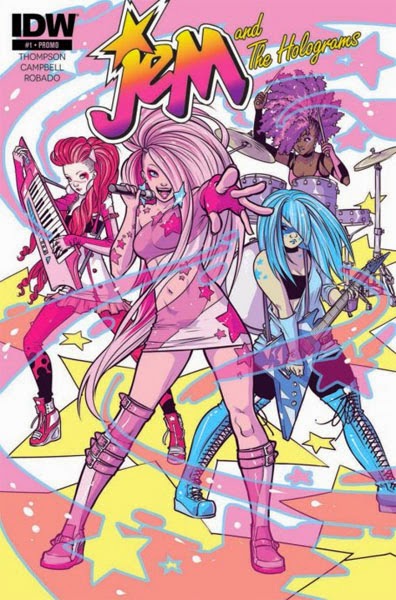 JEM AND THE HOLOGRAMS #1

Even with a 30th anniversary and major motion picture looming, this is not the Jem you knew. That Jem was firmly locked into the era where she was born (also known as the 1980s), so some updating was necessary. Kelly Thompson and Ross Campbell stepped up to the challenge to bring Jem and her friends into the 21st Century (apparently partially shaved heads are a thing?) while trying to keep them recognizable to fans in the process. Did they succeed? Hard to tell from the first issue. The problem with modern storytelling is not much is revealed in the way of the overall plot as very little happens.

The issue opens with the establishment of Jerrica's phobia of performing in front of people, which causes friction with her band mates who are on some kind of recording deadline. Jerrica, overhearing the turmoil she caused, retreats to her house where she stumbles upon Synergy: a holographic computer with an artificial intelligence her late father invented.

Not much differs from the established story set up by Jem showrunner Christy Marx as far as the overall beats go. But, there is little else in the way of detail to really establish the driving force of the plot. What deadline is the band facing? What are the stakes? Why is the band already named "The Holograms" when their inspiration doesn't happen until the final third? Why is Jerrica so accepting of this super computer hidden in her house almost immediately?

A decent, but not great, start to re-establishing an old franchise. Hopefully, the sum of the whole ends up being greater than its parts. A nice touch was providing bio pages for the characters at the end of the book, just in case any curious new fans decided to pick it up.

GRADE: C+. While not unreadable, not much happens and what does happen goes by too quickly. There just wasn't much meat on the bones of this issue.

The series boasts 12 covers for the first issues, all of them with foil-stamped logos. You can see them below. Let us know which one is your favorite. 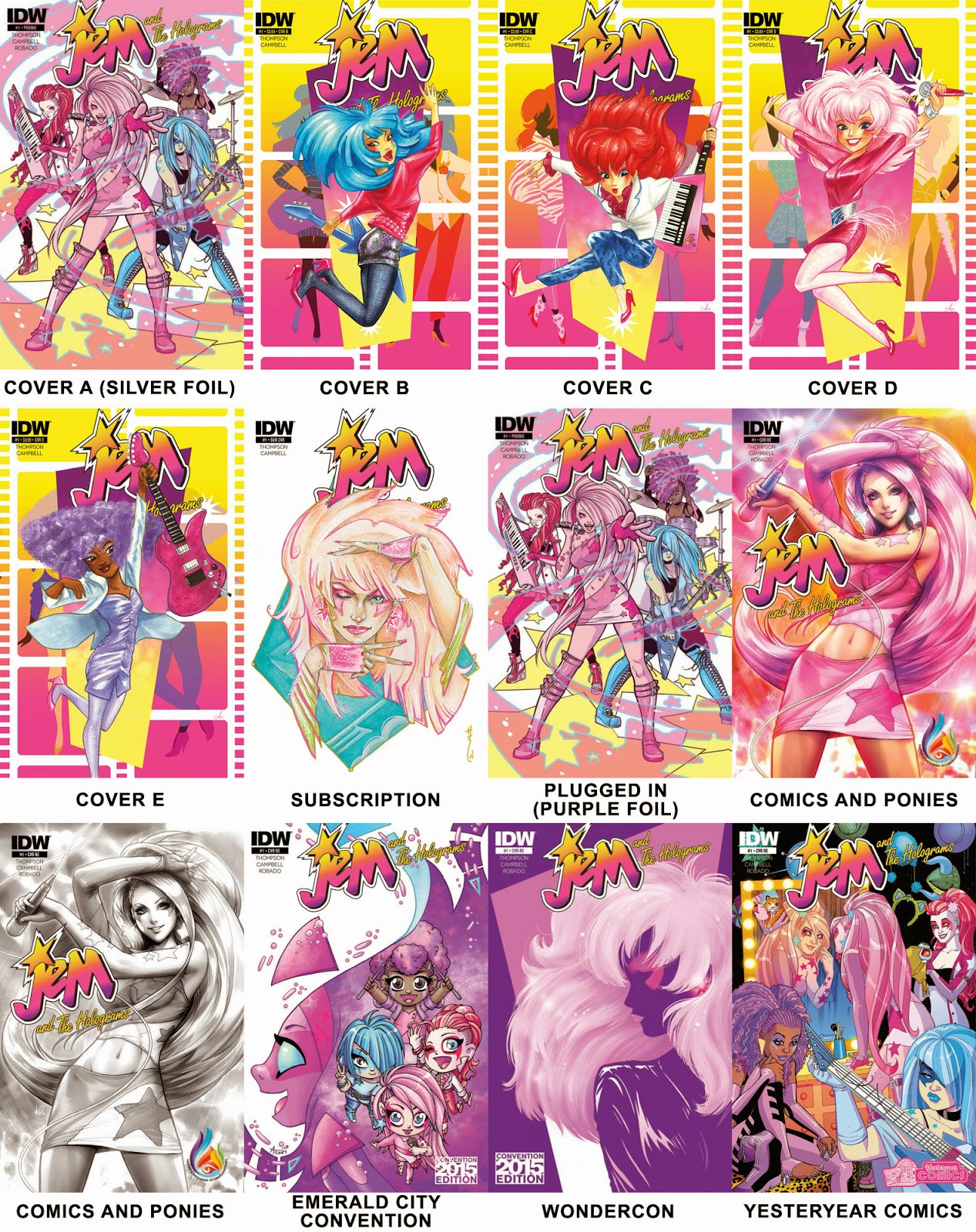 Posted by Chris Buchner at 3:30 AM