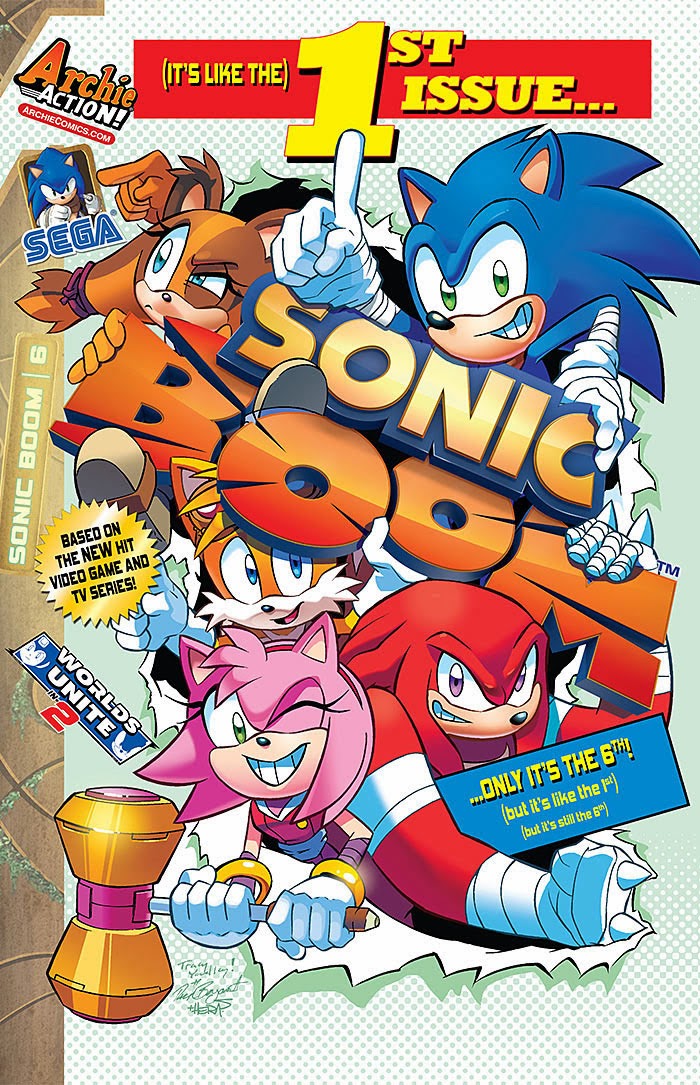 Here's what you need to know: Sonic Boom is the latest incarnation of the Sonic the Hedgehog video game franchise. It featured the characters redesigned and some new characters in the battle against Dr. Eggman and his robots. Spinning off from the game is a CGI animated series airing on Cartoon Network Saturday mornings in two 15-minute episode blocks. Naturally, the next level of expansion was into a new comic book series published by current license holder Archie Comics.

The comic, while similar in tone to the show, is rendered a bit differently. Helmed by current Archie video game license scribe Ian Flynn, the series takes on a 4th wall-breaking style of comedy. The characters are all aware they're in a comic book and address those facts as such in various ways (such as how their names take on special fonts when they're introduced, tripping over caption boxes, etc.).

This issue feature's Eggman's latest scheme to conquer his enemies through a rigged go kart race around Bygone Island. Of course, as this is a comedy series, the characters are aware of his plot but show a reduced capacity for intelligence by taking part in it anyway. Only uber paranoid Stick the Badger has any reservations about it, but since her ramblings tend to verge on the insane side she's quickly ignored. Eggman, of course, is equally ridiculous and proves no real threat to anyone, but yet somehow manages to keep up his reign of villainy.


GRADE: B-. While the book is immensely better than the program (and, reportedly, the game) on which it's based, its very nature leaves it a bit inferior to Archie's long-running Sonic comic.  That's not so much the fault of the writer, who does manage to elevate it above its source material, but of the product itself. The art by Ryan Jampole, Jennifer Hernandez and Rick Bryant, with the bright manga-style coloring of Matt Herms, is the highlight of the issue; looking as spectacularly beautiful as the primary Sonic comic.

This book came with two covers, which you can see below. What did you think of the book? Let us know in the comments or on our Facebook page which you can access from the link at the top of the right-hand menu. 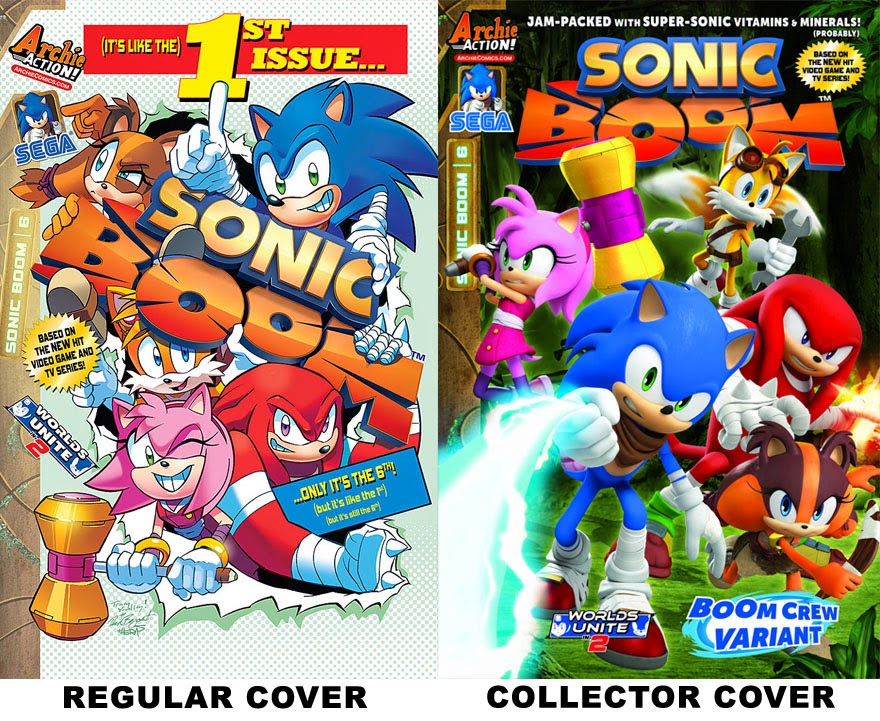