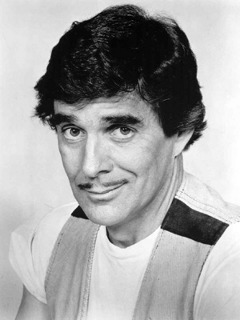 While best-known for his live action role of Dwayne Schneider on One Day at a Time, Harrington actually has a respectable Saturday morning pedigree. He played The Atom and Chrystal Man Officer on The Superman/Aquaman Hour of Adventure, and reprised The Atom along with Speedy on Aquaman; the Inspector on The Pink Panther Show and The Pink Panther Laugh and a Half Hour and a Half Show on which he also played Sgt. Deux Deux; Hi-Rise and First Cyclone in Tabitha and Adam and the Clown Family as part of The ABC Saturday Superstar Movie; Moe Howard on The New Scooby-Doo Movies; William Shakesbear on Yo Yogi!; and Shorty McGint, Cop #2, Washington and Boss on Aaaah!!! Real Monsters. He also provided voices for The Addams Family (1973) and Captain Caveman and the Teen Angels.
Posted by Chris Buchner at 6:01 PM