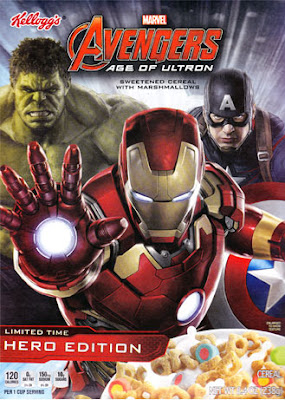 In 2012, Marvel Studios accomplished what until that point seemed to be impossible: they produced a movie starring SEVERAL characters from different film franchises.

2012 saw the release of Marvel’s The Avengers; the culmination of the four-year journey since the release of 2008’s Iron Man. Written and directed by Joss Whedon, the film saw Iron Man (Robert Downey, Jr.), Captain America (Chris Evans), Hulk (Mark Ruffalo), Thor (Chris Hemsworth), Black Widow (Scarlett Johansson) and Hawkeye (Jeremy Renner) united by Nick Fury (Samuel L. Jackson) to battle the threat of Thor’s half-brother, Loki (Tom Hiddleston), and his army of aliens known as the Chitauri. The ambitious film was a huge gamble as nothing like that had ever been done in cinema before, and it paid off. Avengers earned over $1.5 billion at the box office making it the highest-grossing movie of the year and cementing the tour de force that is the Marvel Cinematic Universe.

Following several more solo hero movies, the second Avengers movie was released on May 1, 2015. Avengers: Age of Ultron followed the Avengers as they retrieved Loki’s scepter and Tony Stark and Bruce Banner discovered an artificial intelligence inhabiting the scepter’s gem. They decided to use it to complete Stark’s Ultron Global Defense Program, designed to protect the world from another invasion threat. However, Ultron (James Spader) gained independent sentience and decided the best way to protect the world was to eliminate all of humanity. Written and directed again by Whedon, the film ended up earning just a few million less than its predecessor but still earned a mostly positive reception. 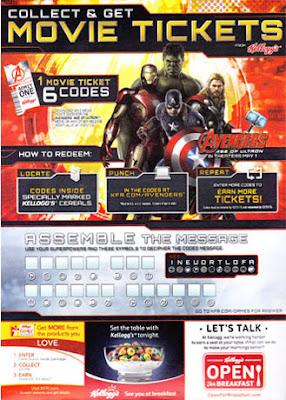 Kellogg’s, opting not to miss the bandwagon again, decided to produce a limited-edition tie-in cereal for the film. Avengers: Age of Ultron Cereal has largely been compared to Lucky Charms as it had sweetened oat pieces with marshmallow bits. The bits were two-colored round pieces that were meant to replicate the main color schemes of Iron Man, Captain America, Hulk and Thor. Each box came with a special code printed inside that could be put into an indicated website to unlock a free ticket to see the movie. The back of the box featured the instructions for the codes, as well as a hidden message that had to be deciphered using a symbol key. Interestingly enough, the box came labeled as “Hero Edition” for an unspecified reason. There has been no indication or witnesses to a “Villain Edition” having ever been released.