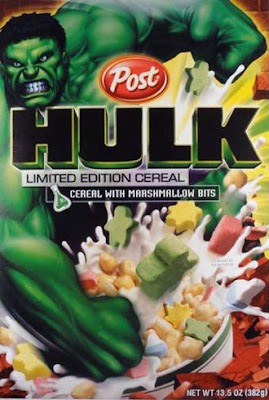 Before there was a Marvel Cinematic Universe, there were a few independent attempts at adapting Marvel Comics properties to the big screen. One of the more divisive ones was Ang Lee’s Hulk.

Hulk centered on the origin of the character, with Dr. Bruce Banner (Eric Bana) becoming exposed to an overdose of gamma radiation during an experiment mishap that turned him into a giant, green, rage monster. The military, led by General Ross (Sam Elliott), relentlessly pursued Banner to put a stop to his alter-ego, as did his biological father (Nick Nolte) who wanted to use his son’s new powers for his own ends. The film opened on June 20, 2003 to mixed results. Lee chose to make his film more of a psychological drama with elements of a Greek tragedy and utilized a style reminiscent of comic book panels. While its ambition was praised, the bleak tone, pacing, lack of action and poor CGI were heavily criticized. Despite becoming a box office success with over $245 million, the next outing for the Hulk would come as the 2008 reboot, The Incredible Hulk. 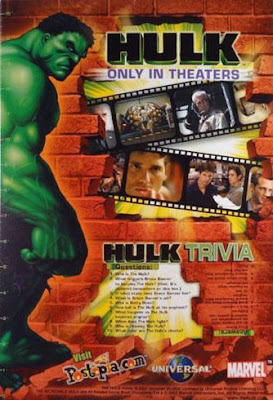 As part of several food tie-in promotions for the film, Post released a limited-edition Hulk Cereal. The cereal was largely similar to Kellogg’s Corn Pops with added marshmallow bits in the shape of Hulk, a beaker, a brick and an explosion. The box featured Hulk clobbering the cereal while the back had stills from the film and Hulk trivia.