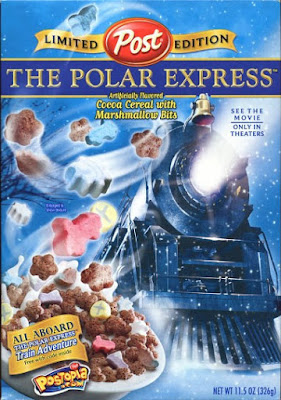 The Polar Express is a 2004 3D computer animated film based on the 1985 children’s book by Chris Van Allsburg. The film followed the adventures of a young boy (Daryl Sabara) who boarded a mysterious train that pulled up outside of his house. The train was taking him and several other children to the North Pole to visit Santa Claus (Tom Hanks) as he prepared for his annual delivery. Co-written, co-produced and directed by Robert Zemeckis, the film utilized live-action motion capture animation to create all the characters. Hanks, who also served as executive producer, played six roles in the film and provided the motion capture for the boy. It was also entered into the Guinness World Records for being the first all-digital capture film in 2006.

Produced by Castle Rock Entertainment, Shangri-La Entertainment, Image Movers, Playtone, and Golden Mean Productions and distributed by Warner Bros. Pictures, the film opened on November 10, 2004. Despite mixed reviews, the film ended up grossing over $311.3 million turning it into a box office success.

To promote the film, Post acquired the rights to produce a limited-edition cereal based on it to coincide with the film’s release. The Polar Express cereal featured chocolate-flavored snowflake cereal pieces and marshmallows in the shapes of bells, trains, mountains, snowflakes and reindeer. The back of the box featured a simple maze game, three stills from the movie, and an ad for The Polar Express Train Adventure game that was featured on Post’s now-defunct Postopia.com website, home to various Flash games based on Post’s cereal. Each box came with a code inside for use in the game. The inside also featured movie-themed gift tags that could be cut out, colored-in and used on Christmas presents.