COME ON DOWN FOR GAME SHOW MONTH! 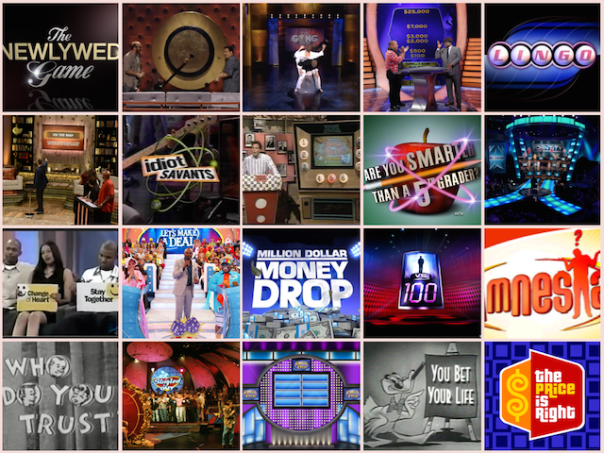 Game shows have been around just about as long as there has been a radio or television. Beginning in 1938 and continuing today, a game show provided a chance for an ordinary person to not only be on the air, but to win more cash or prizes than they would ever see in their lifetime.

Game shows came under fire in 1959 when it was learned that many contestants on certain shows were furnished material that would allow them to win, causing a large number of them to be cancelled and new laws to be put in place. As the 70s and 80s rolled on, game shows made a comeback before entering another lull in the 90s. After a brief surge in the early 2000s that lost out to the growing reality TV craze, recent years have seen the return of numerous gameshows for an all-new audience; such as Let’s Make a Deal, Match Game, $100,000 Pyramid, To Tell the Truth, Double Dare (the Nickelodeon version) and recently Press Your Luck and Card Sharks.

With game shows being such a big part of the entertainment landscape, it was only natural that a few would find their way over onto Saturday mornings. This month, we’re going to be taking a look at some of those shows. So come on down, Saturday fans, and try your luck at these classic games!