Y2K AND CABLE IS HERE TO STAY 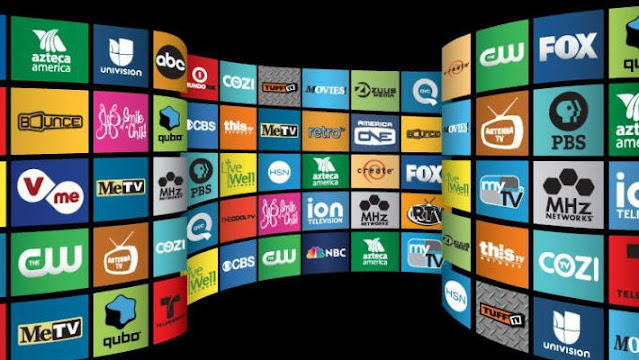 The 21st Century was finally here. After being this mythological far-off time the subject of many science fiction adventures, we were now living in—THE FUTURE! Of course, while the world was largely waiting with bated breath to see if all technology would reset to 1900 thanks to a glitch in the matrix known as the Y2K bug, the television world was moving forward. Forward and AWAY, actually, from what we’ve known before.

Cable television was here to stay. After its humble beginnings offering dozens of new channels for people to enjoy, that number steadily increased into the hundreds and eventually the thousands. Not only was there A channel for every kind of thing, now there were several. Especially for kidvid. Cartoon Network was making great use of the classic Hanna-Barbera library before moving that over to sister network Boomerang as they delved into more original programming. Nickelodeon continued to churn out new cartoons and live-action programs, eventually expanding into additional channels Nicktoons, NickMusic, TeenNick and Nick Jr., and Noggin in partnership with Sesame Workshop. The Disney Channel continued to grow, itself expanding into Toon Disney (later Disney XD). PBS, Comcast, Sesame Workshop and HIT Entertainment entered into a joint venture to start their own channel: PBS Kids Sprout (now Universal Kids).

Meanwhile, something else was also growing. A little thing called the internet. You might’ve heard of it? While the internet had been around for a while, it really didn’t begin to pick up until the end of the 90s. Gradually, more and more people and companies embraced the concept of having a webpage and the networks came along for the ride. They enhanced the experience of their viewers by offering schedules, pages about their favorite shows, and even interactive content for the kids.

What does all this have to do with Saturday morning television? Well, a lot, really. Suddenly the major networks found themselves struggling against increasing competition for the eyes of the young ones. Along with the new networks and the internet, video games had begun to enter the third dimension and VHS was giving way to more readily-available DVDs. Plus, the FCC continued to crack down, demanding more educational content as well as restricting how they could advertise to children. It was a lot of hassle for ever-diminishing returns, and the networks began eyeing getting out of the kid vid business. They ended up deciding that instead of handling it themselves and incurring all of the risk and cost, they would sell the airtime and programming rights to outside production companies and their very cable competition themselves.

Under pressure from its affiliates, FOX sold Fox Family Worldwide to Disney and put the Fox Kids block under the control of the Fox Broadcasting Company. They in turn sold control of their daytime schedule to 4Kids Entertainment, resulting in the FoxBox programming block; later renamed 4Kids TV. 4Kids was in charge of all the programing and collected all the ad revenue, but FOX still had final say over the kind of content broadcast. The block ran until 4Kids defaulted on their payment for the time in 2008 and FOX was unable to guarantee the block would be carried by its affiliates. They instead gave 2 hours of the time back to the affiliates and filled the remaining time with the paid programming block Weekend Marketplace.

In light of the sale, Disney renamed One Saturday Morning ABC Kids as a nod to Fox Kids. They loaded the block primarily with reruns of Disney Channel programs designed to help meet FCC requirements. In 2004, the block became almost exclusively live-action after dropping Fillmore! and Recess from broadcast. Along with the sale came control of Fox Family Channel (the true motivation behind the purchase) and the entire Saban Entertainment library. Disney opted to end new entries into the Power Rangers franchise with RPM and instead focus on re-releasing remastered versions of the first 32 episodes of Mighty Morphin.

Once Nelvana’s contract ran out in 2000, CBS turned to sister network Nickelodeon to take over programming with Nick Jr. on CBS, and two years later Nick on CBS when they incorporated Nick programming geared towards older audiences. That partnership came to an end in 2006 when parent company Viacom was split into two separate companies with Nick and CBS falling under different ones. CBS then turned to DiC Entertainment who partnered with AOL to produce the KOL Secret Slumber Party (initially the Secret Saturday Morning Slumber Party, but changed to represent AOL’s kid’s subsidiary and because some CBS stations chose to air the block on Sundays). The block was hosted by the Slumber Party Girls, a teen pop group signed with Geffen Records, who also served as performers on one of the debut programs, Dance Revolution. When KOL withdrew from the partnership, DiC joined with American Greetings Corporation and the block was renamed KEWLopoplis after American Greetings’ teen-oriented KEWL Magazine. When DiC was taken over by Cookie Jar Entertainment in 2008 the block became Cookie Jar TV.

Although initially doing well in the ratings, TNBC was in a steady decline by 2001 and was attracting a demographic FAR older than the network wanted (people over 40). NBC decided to outsource its programming to Discovery Communications, giving its cable channel Discovery Kids and outlet called Discovery Kids on NBC in 2002. After four years, Discovery decided to focus exclusively on its own channel and declined to renew their contract with NBC. NBC then entered into a partnership with Ion Media Networks, Corus Entertainment, Scholastic and Classic Media which resulted in the educational effort known as Qubo geared towards children ages 5-14. Qubo would replace the Discovery Kids block on NBC that year, and later on Fridays on i: Independent Television (now Ion Television).

In July of 2001, Kids’ WB’s afternoon line-up was rebranded Toonami on Kids’ WB (at least until the following June), importing Cartoon Network shows to air on the network including Sailor Moon, Dragon Ball Z, The Powerpuff Girls and The Nightmare Room. That September, the morning block was discontinued and the time given back to the network’s affiliates, and eventually the same fate would befall the afternoon block as the affiliates wanted to find an older audience with sitcom reruns and talk shows. The Saturday block remained, extended by an hour and even surviving the transitional period when The WB merged with UPN and became The CW. But, in 2007, The CW decided to sell time to 4Kids Entertainment and the block became The CW4Kids in 2008. However, all of this was in America. Kids’ WB actually continued to live on in Australia, airing on Nine Network in 2006 and 9Go! in 2009. The block featured hosts, variety-style segments filmed at GTV-9 and Warner Bros. Movie World, and cartoons.

Email ThisBlogThis!Share to TwitterShare to FacebookShare to Pinterest
Labels: 2000s