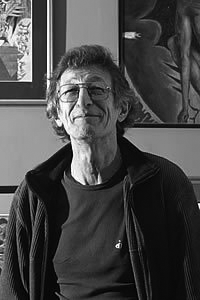 The comic book writer was the co-creator of the Batman characters Ventriloquist and Scarface, who appeared in both Batman: The Animated Series and The Batman, and Anarky, who was the main antagonist in Beware the Batman. He also wrote the issue of Batman Adventures that featured Anarky.

Posted by Chris Buchner at 9:50 PM

Email ThisBlogThis!Share to TwitterShare to FacebookShare to Pinterest
Labels: batman: the animated series, Beware the Batman, memorial, The Batman