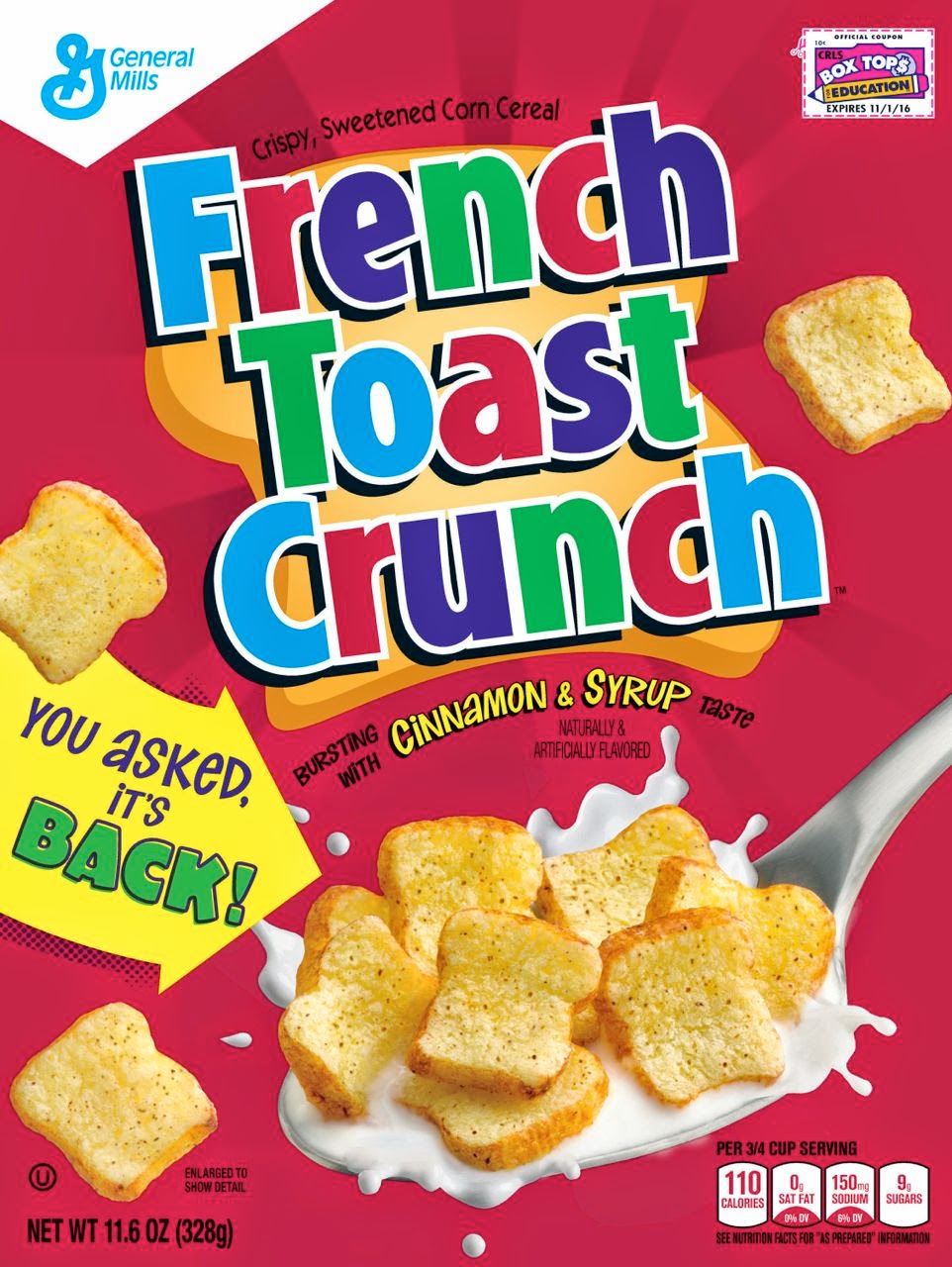 
Don’t call it a comeback, it’s been here for years—you just had to pay through the nose to get it.

As CTC was designed to invoke the taste of cinnamon toast, so too was FTC designed to be as close to French toast as possible. In fact, General Mills decided to take it an extra step: the cereal pieces actually resembled slices of French toast; from their shape to their color to their texture. And their taste? As advertised, with a hint of maple syrup flavoring.

While the cereal was a hit with consumers, ultimately sales were not sufficient for General Mills to keep it in production. They attempted to bring over more of the CTC consumers by changing the unique shape to resemble the CTC pieces, right down to the brown swirls that appeared on them when FTC debuted. But, a mere 11 years later, the cereal was discontinued in 2006 everywhere except Canada, where it was also known as “Croque pain dore.” The Canadian version maintained the original bread shapes.

While initial sales may not have been to General Mills’ liking, the cereal had its fans and had developed a cult following in the years since. Online retailers took note and began offering the Canadian cereal for purchase, which fans eagerly snatched up at prices that ranged from high to insane due to shipping costs. As social media began to grow in prominence, countless campaigns were started by fans for the cereal to return in mass production. Everything from Twitter to a Change.org petition was used to convince General Mills that a market still existed for the crunchy maple pieces.

Unable to deny the love for the cereal, and following on a wave of nostalgia that resulted in Coca-Cola resurrecting their Surge soft drink and General Mills themselves releasing Target-exclusive retro boxes of their cereals, General Mills announced via their blog that the cereal would return in December of 2014 to select stores, with wider distribution in January in time for its 30th anniversary. Not only was the cereal returned to its original shape, but the resurrected box closely resembled the original style with the addition of “you asked it’s back!” in place of original mascot Chef Wendell. The back of the box also featured pop culture factoids from 1995. The cereal's official website uses noted television psychic spokesperson Miss Cleo to promote the cereal in a series of shorts where she gives fake readings to "callers."
Posted by Chris Buchner at 8:00 AM