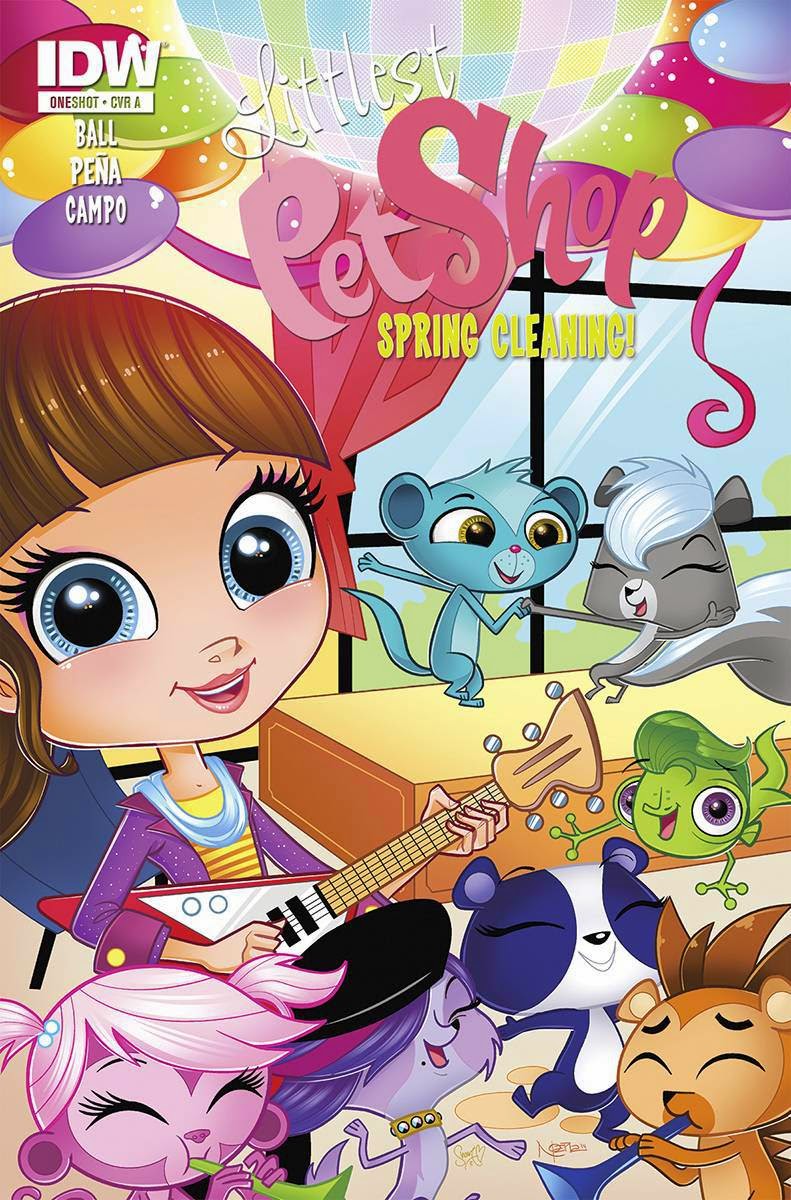 After a 2014 mini-series, Discovery Family's second ongoing cartoon returns to the pages of IDW in this square-bound one-shot special. Littlest Pet Shop follows Blythe Baxter, who after moving to a new city discovers she has the ability to communicate with animals. Taking a job in her building's pet store (wanna guess the name?), she and the animals who day camp there engage in a series of misadventures of both the furry and human variety. This issue is broken up into four stories:


"THE OLD SWITCHEROO"
With Pepper's owners out of town, Blythe arranges for her to stay over at Penny Ling's house. However, their contrasting personalities test the limits of their friendship.

"WHATEVER YOU SAY, SUNIL"
Sunil hypnotizes Minka, and can't UN-hypnotize her.

"EXCLUSIVE TASTE"
The Biskits' chinchillas show up at the store, craving the exclusive all-natural ear lotion they sell. However, butler Francois arrives to retrieve them and believes Blythe is using the situation to con a sale on him.

"THE SPRING BREAK BEACH BUMMER"
Blythe makes some new friends at a beach festival while the pets form a band to make some money for charity.

GRADE: B+. The book maintains the feel of the show, presenting separate mini-adventures while uniting them with the minor plot point of Blythe wanting to attend a fashion camp for Spring Break. Nicanor Pena and Antonio Campo both manage to duplicate the style of the series' Flash animation, although Campo's art looks closer due to Pena's thick line work. However, in the second story, Campo's rendering of Sunil and Minka's faces look off in comparison to the series and the rest of the book. Victor Robado and Diego Rodriguez's coloring styles take some of the unity out of the book. While both good, Robado adds shadows to the figures, which perfectly served Pepper's nightmare in the first story, while Rodriguez keeps them flat as they appear in the show, making the end stories visually different from those in the middle. Although, Robado did use less shading for the fourth story than he did in the first.

This issue came with two covers, seen below. What did you think of the book? Let us know in the comments or on our Facebook page by clicking the link at the top of the right side menu. 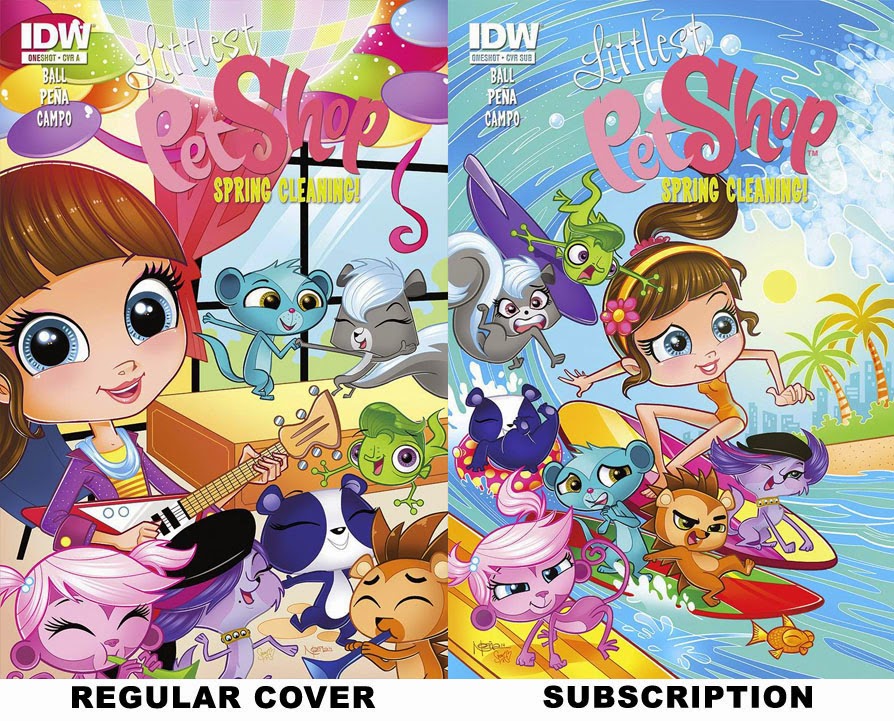