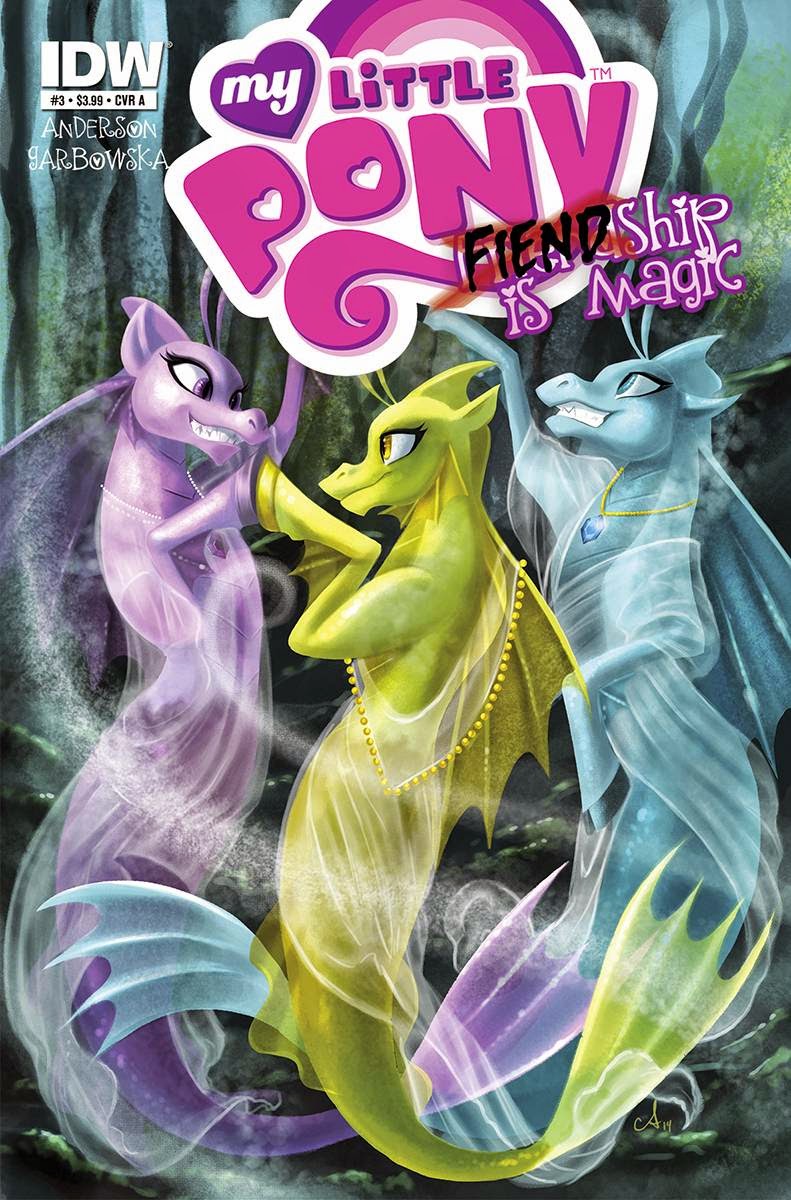 MY LITTLE PONY: FIENDSHIP IS MAGIC #3

Week 3 of the five-week Pony event features the three Sirens from My Little Pony Equestria Girls: Rainbow Rocks.  The Sirens could use their songs to illicit emotions in anyone who heard them, feeding off those emotions through the magical stones they wore to grow more powerful. That is, until they were banished to an alternate universe where magic didn't exist. 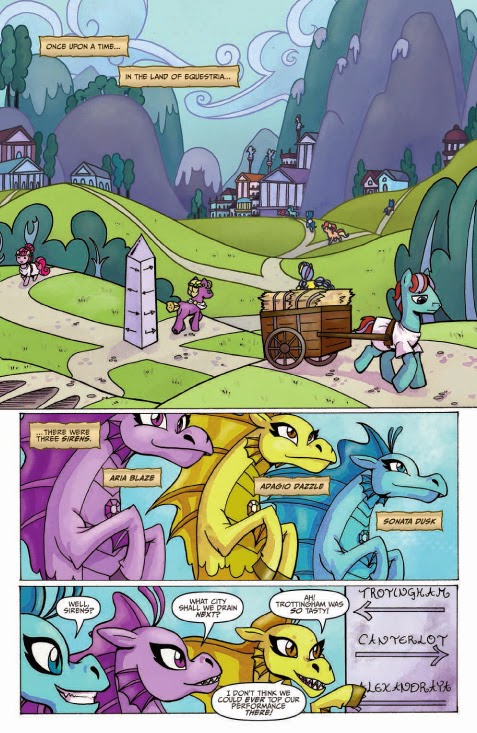 This issue follows the Sirens leading up to the events of the first Equestria Girls movie (which they were behind the scenes in), showing how they earned their banishment. Essentially, they sought to conquer Canterlot through their music festival and wound up in battle with royal wizard Starswirl the Bearded; showcasing (and inventing) numerous styles of music from pop to hip hop.

GRADE: A. A bit more fun that the previous issue, Ted Anderson allows the Sirens to have some funny moments as well as Starswirl in his initial failures to combat their magic on a level playing field. Agnes Garbowska's art fits the pony world, but her style definitely has its own unique look to set her apart from other artists in the series. As with the first two issues, Heather Breckel's colors compliment the tone and artwork nicely.

This issue came with two covers that you can see below. What did you think of this issue? Let us know in the comments or on our Facebook page by clicking the link at the top of the right menu. 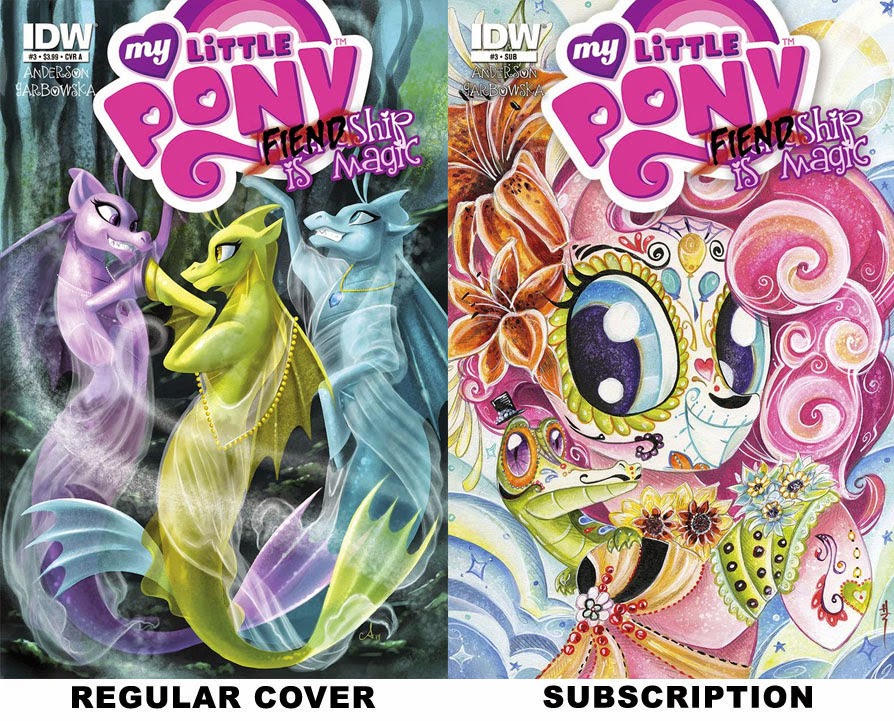