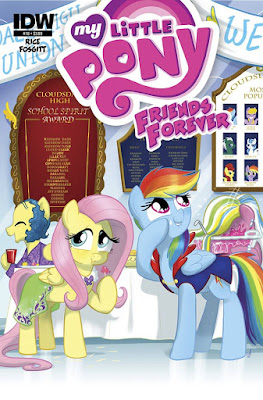 
Fluttershy and Rainbow Dash are invited to a reunion at flight camp. While Rainbow Dash is excited, Fluttershy's memories of her time there aren't quite as fond. But, instead of sticking by her friend, Rainbow is eager to prove her continued awesomeness to her former camp mates. 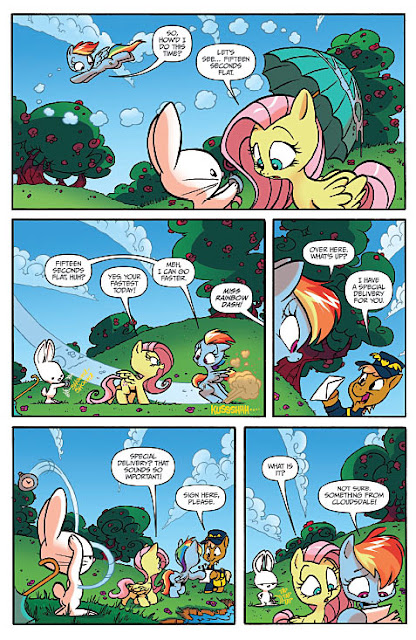 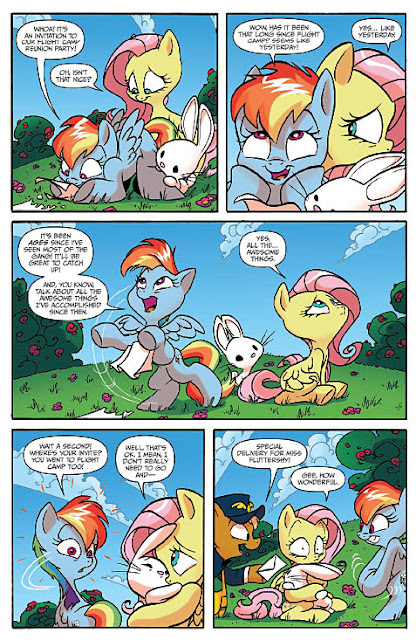 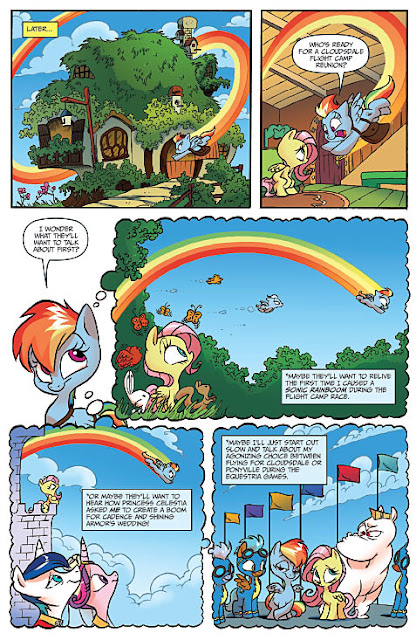 GRADE: A. A short and sweet story from Christina Rice about facing your fears and being true to yourself. The story introduces some new characters, specifically Flutershy's chief bully Cirrus Cloud, and gives a bit of an expansion on Fluttershy's past given many moons ago on the show. There were also some callbacks to other episodes via Rainbow Dash's exploits. The middle part, specifically Fluttershy's freak-out, was a bit clunky in its execution and probably would have worked better in animation. Jay Fosgitt's artwork doesn't exactly match the established Pony style, but it does have an air of Chuck Jones about it which gives the book a unique-yet-familiar look when compared to other books in the line.

This issue came with four covers, seen below. What did you think of the issue? Let us know in the comments or on Facebook by clicking the link at the top of the right-hand menu. 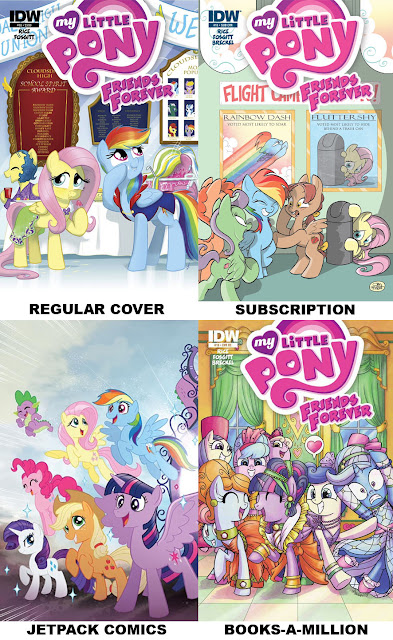