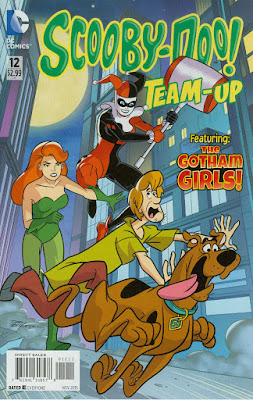 The Mystery, Inc. gang is called to Gotham to help who they believe is Batman, but is really Harley Quinn and Poison Ivy with a ghost problem. 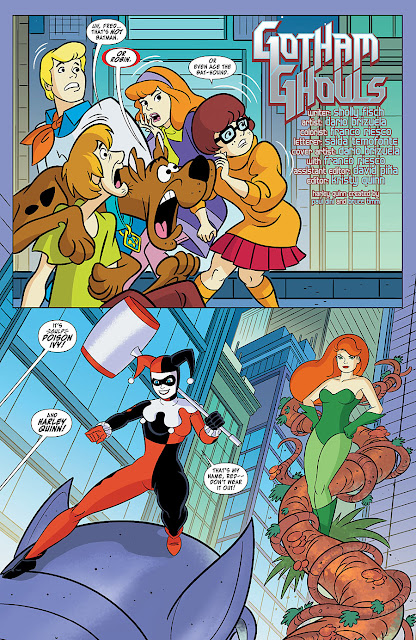 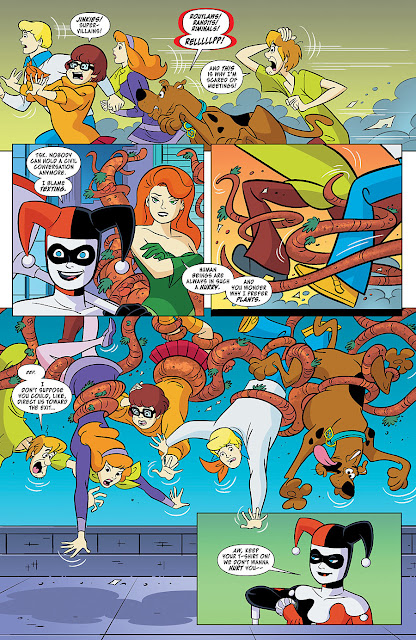 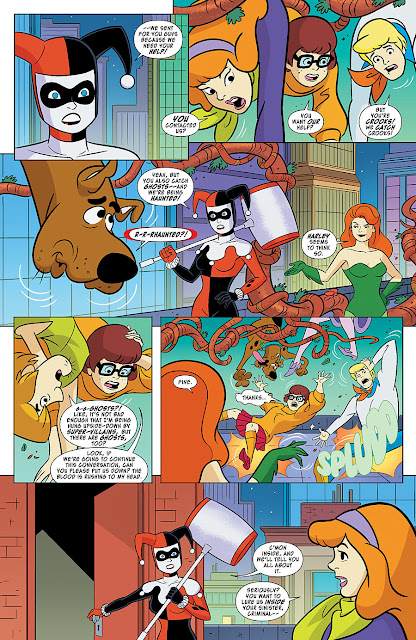 GRADE: C+. Not one of the better mysteries to grace these pages as once again the Scooby gang encounters DC Comics characters. While the interactions between all of them were fun, there was really no case of which to speak. It was just an elaborate comedy routine used as a way to bring all the characters involved together. Otherwise, this was the weakest of Sholly Fisch’s scripts. Largely, the reason behind it was Fisch attempted to cram a lot more story than a single issue would allow as this series doesn’t really give them a chance to breathe in its current format. Fortunately, the artwork of Dario Brizuela at least makes the book pleasant to look at, and it’s interesting to see the Batman: The Animated Series character designs rendered in the Scooby-Doo style.

What did you think of this issue? Let us know in the comments or on our Facebook page.
Posted by Chris Buchner at 8:11 AM