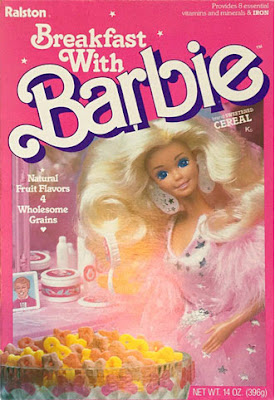 Watching her daughter Barbara play with paper dolls and giving them adult roles, Ruth Handler suggested making an adult-bodied doll to her husband, Elliot, who co-founded the Mattel toy company with her. He and the company’s directors saw no merit in the idea until 1956 when Ruth brought back a Bild Lilli doll from Germany. The doll was based on a popular comic strip character that was initially sold to adults, but became popular with children who enjoyed dressing her in a variety of outfits. That was what Ruth had in mind for the doll she suggested. Ruth and engineer Jack Ryan redesigned the doll, named it Barbie after her daughter, and introduced it to the world at the American International Toy Fair on March 9, 1959.

The doll became an instant success, thanks largely in part to the television advertising campaign never before utilized for that type of toy. A wide number of accessories were made for the doll, ranging from clothing to habitats. The line was gradually expanded to include a long-term boyfriend, Ken (named after Ruth’s son), ethnically diverse representation, younger sisters, and dolls based on famous people or fictional characters. The most notable part of the doll, and part of her lasting appeal, was the fact that Barbie was depicted in a multitude of occupations; many of which were progressive for their time. Since the doll’s debut, the Barbie brand has expanded to a multimedia franchise including video games, books and movies. 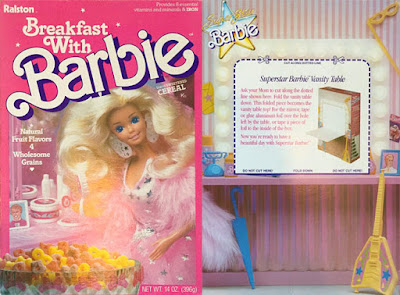 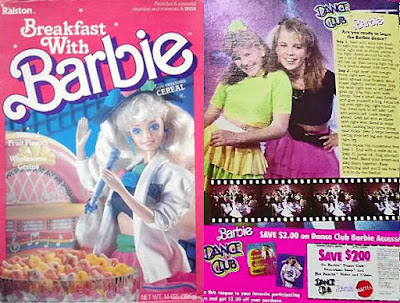 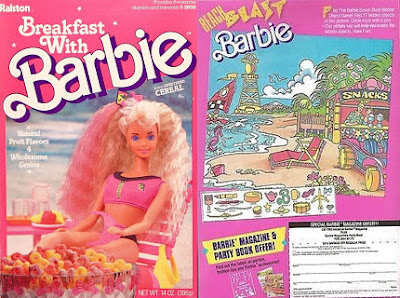 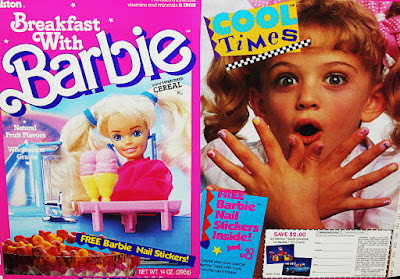 In 1989, to celebrate Barbie’s 30th anniversary, Ralston licensed the rights to produce a cereal based on the doll. Breakfast with Barbie Cereal was a fruity cereal in the shapes of hearts, bows, stars, cars and the letter “B” in yellow and a variety of pink colors. The box came in hot pink like the Barbie packaging and featured one of five different dolls throughout its lifespan: Super Star Barbie, Beach Blast Barbie, Dance Club Barbie, Cool Times Barbie and Happy Holidays Barbie. A sixth box also existed as the promotional box sent out to supermarkets featured Super Star Barbie holding an award against a different background. The marketing for the cereal included playing on the nostalgia of mothers who had a Barbie growing up and encouraging them to share that experience with their own daughters. To battle growing health concerns over sugary cereals, it was also marketed as having less sugar than leading competitors.

Although a doll didn’t come packaged in the cereal (like they would in later cereal promotions), Ralston was sure to incorporate some fun into their product. The back of the Super Star box could be converted into a small vanity table by cutting out a part of the back panel and taping a piece of tinfoil inside of it to act as a mirror. The Beach Blast box came with a beach scene on the back with a challenge to find objects hidden in it, as well as an offer for one of two Barbie books. The Dance Club box featured instructions for how to do “The Barbie dance” as well as a coupon for accessories for the doll. The Cool Times box came with nail stickers inside and a coupon for the Barbie Soda Shoppe playset or her ’57 Chevy convertible. The Happy Holidays box was the big one, being accompanied by a competition to win a real diamond worth $4000. The winner was selected by finding a “Diamond Dazzle Scope” inside (a distorted diamond-like clear plastic piece that could be held by a simple cardboard tube and looked through) that was marked with “WINNER”.

The “Breakfast with Barbie” name was later reused by Mattel for an actual doll: Barbie enjoying breakfast in a small cardboard nook in her jammies. However, her cereal of choice was General Mills’ Honey Nut Cheerios. It was released during the time of the “Got Milk?” ad campaign.