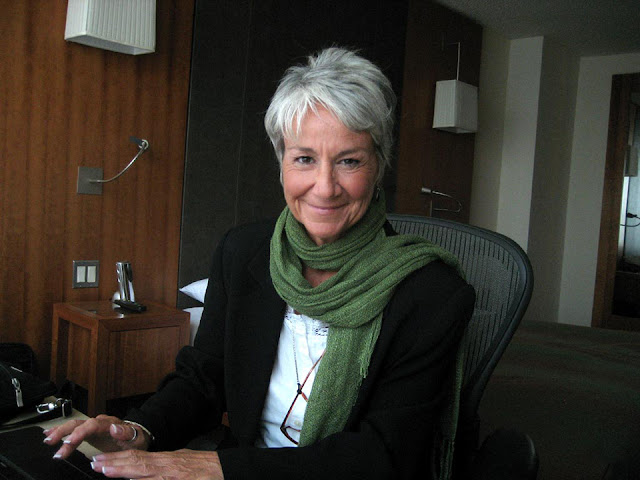 Romano pursued an undergraduate education at State University of New York at Fredonia, graduating in 1977 and then attending Rutgers University. She dropped out, choosing instead to work during the day while auditioning for plays on her lunch break and performing at night. She moved to San Diego and found a difficult time getting theater work. Eventually, she ended up taking what was supposed to be a temporary position at talent agency Abrams-Rubaloff. Because she was there longer than expected, Romano was made an agent. She left to join smaller agency Special Artists where she began their voice-over department and directed potential client auditions. Romano ended up attending some of her clients’ recording sessions at Hanna-Barbera and was asked to audition there for the position of casting director. Joining the studio in 1984, she worked on a variety of programs including The Smurfs, Challenge of the GoBots, Wildfire, The Flintstone Kids and A Pup Named Scooby-Doo. She worked on The Jetsons reboot as well as the feature film, however she had her name removed from the film’s credits when the decision was made to replace long-time Judy Jetson actress Janet Waldo with teen pop star Tiffany. Romano was approached by Disney to audition for voice director of their upcoming DuckTales. It was between her and four others, but following her audition episode they selected her immediately for the position. When some Hanna-Barbera executives left to form their own company, Romano chose to go freelance. She ended up as part of the launch of Warner Bros. Television Animation where she worked on Tiny Toon Adventures, Animaniacs, Freakazoid! and the entirety of the DC Animated Universe (having previously worked with the characters for an entry in Hanna-Barbera’s Super Friends franchise). Along with shows, Romano has also worked on numerous direct-to-video movies for Warners, as well as several entries in The Land Before Time franchise, and a few video games. Romano has also done some minor voice work beginning in 1992, where she appeared as herself in Tiny Toons, usually to fill any small incidental roles rather than hiring a separate voice actor for basically nothing. In 2017, Romano announced her retirement due to blindness in one eye from optic neuropathy. Romano’s long, storied career had netted her 35 Emmy nominations; 8 of which she took home.