MAY IS MARVEL MONTH

With Avengers: Age of Ultron hitting theaters, what better time to roll out an entire month’s worth of Saturday morning programs based on Marvel Comics properties? For this Mighty Marvel Month, we'll be focusing on shows that feature members who were or are Avengers members.

On May 2nd, we kick things off with the first (and so far only) Saturday morning Avengers cartoon AVENGERS: UNITED THEY STAND, followed by founding Avenger Hulk in THE INCREDIBLE HULK (cartoon, not the live-action show).

On May 9th, we’ll be brining you fellow Avenger Spider-Man in his second solo show, SPIDER-MAN, and the highly popular SPIDER-MAN AND HIS AMAZING FRIENDS.

On May 16th, with so many mutants being inducted into the Avengers these days, it’s time to give Marvel’s founding mutants the X-Men a turn with the pilot episode PRYDE OF THE X-MEN, and the series it helped inspire X-MEN: THE ANIMATED SERIES.

On May 23rd, we head to the outer fringes with SPIDER-WOMAN, and in commemoration of their own movie due out in July, THE FANTASTIC FOUR (1967).

We round out Marvel Month on May 30th with another helping of Spider-Man in SPIDER-MAN: THE ANIMATED SERIES and an x-tra dose of the merry mutants in X-MEN: EVOLUTION. 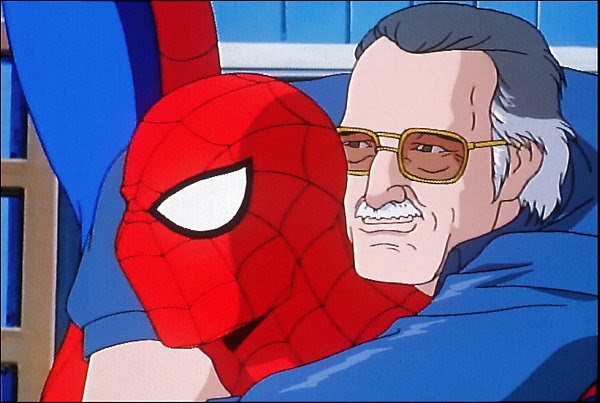 Hang on to your hats, true believers! You’re in for some excitement as only the house of ideas can bring you right here on Saturday Mornings Forever. Let us know which is your favorite in the comments or by going to our Facebook page by clicking the link at the top of the right side menu bar.
Posted by Chris Buchner at 8:00 AM