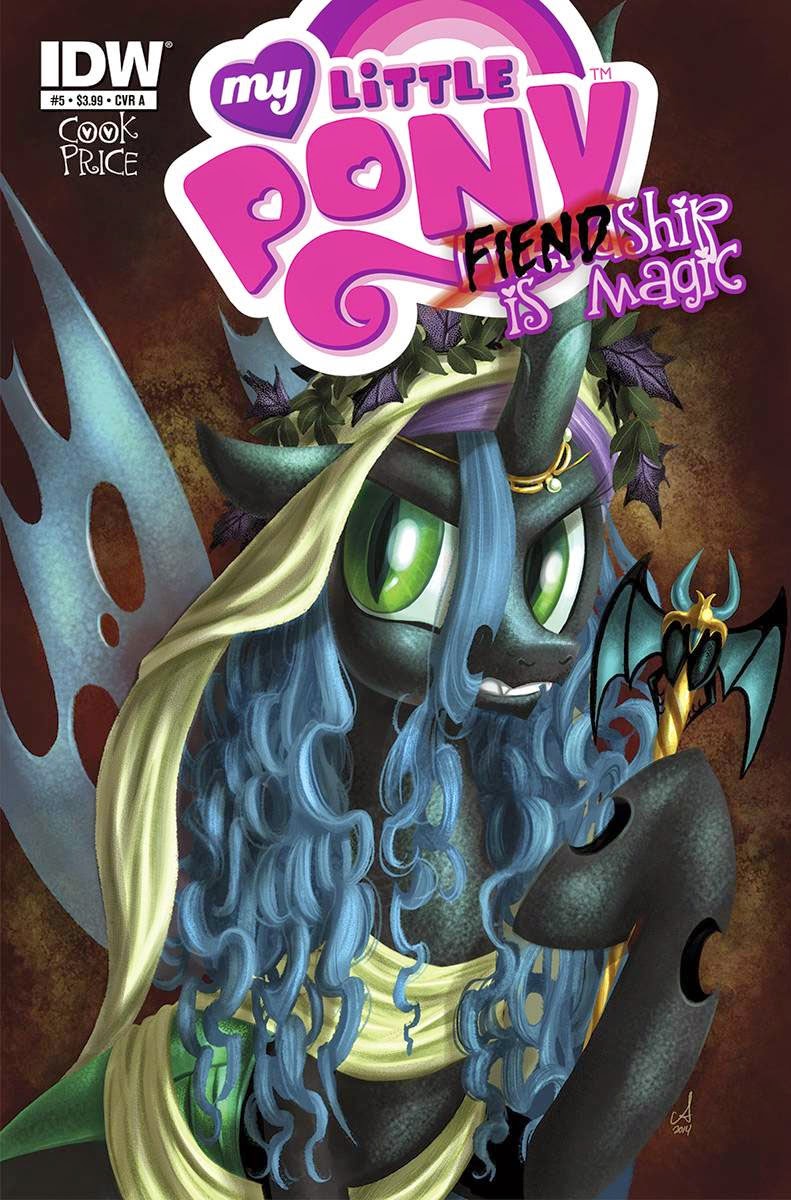 MY LITTLE PONY: FIENDSHIP IS MAGIC #5


The final issue in the 5-week event features Queen Chrysalis. Chrysalis is the queen of a race of shapeshifters who attempted to invade Canterlot by impersonating Princess Cadance before she married Shining Armor. After her defeat, Chrysalis opened up IDW's My Little Pony comic series as the first villain featured. 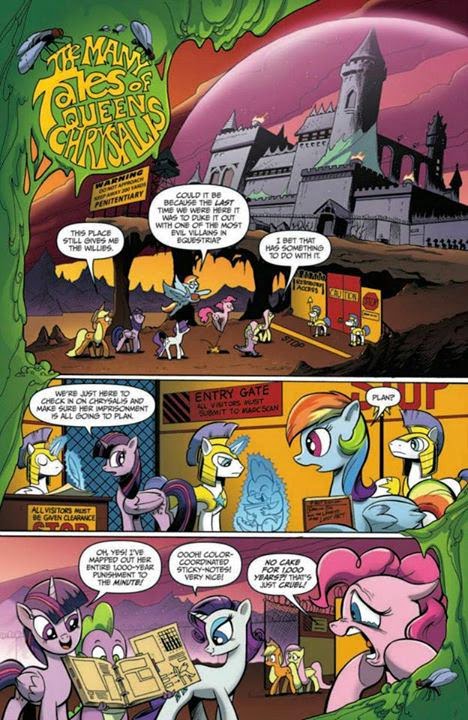 Picking up from where her last comic appearance left off, the Mane Six and Spike visit Chrysalis in the prison Twilight Sparkle set up for her. Unlike the previous issues in the series, readers are given several stories from Chrysalis' past as well as a brief glimpse into her possible origin. 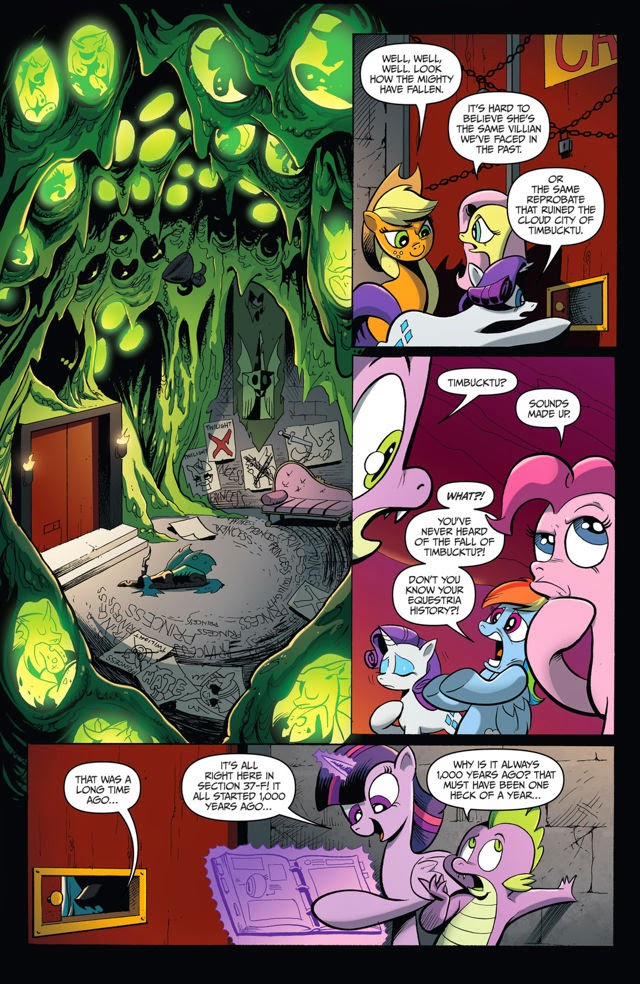 GRADE: A. This issue was produced by the primary comic team of Katie Cook and Andy Price, whose stories together always illicit laughs with the little asides added in both the dialogue and in the artwork. Not only did the issue add new mythology to the franchise, as well as a couple of new locations, but it set up a plotline that could be followed out in future issues of the main book. This series attempted to do something different by shining a spotlight on some of the more familiar villains in the franchise, and it succeeded. For the most part, the characters got added depth and motivation, while also giving unique stories that distinguished it not only from what came before, but between each issue.

This issue came with two covers, seen below. What did you think of this comic? Let us know in the comments or on our Facebook page by clicking the link on top of the right-hand menu. 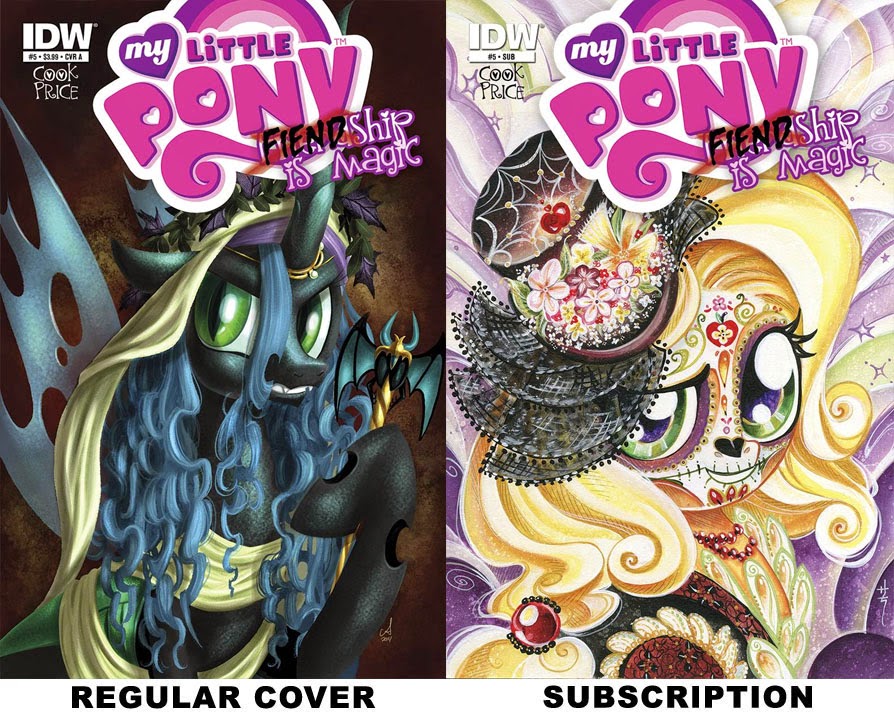