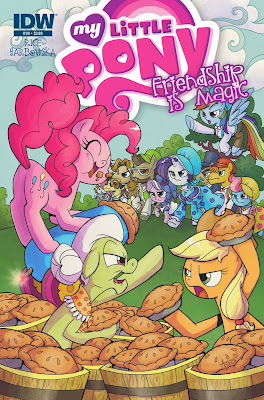 MY LITTLE PONY: FRIENDSHIP IS MAGIC #30


My Little Pony: Friendship is Magic takes place between the episodes of the cartoon of the same name, giving the further adventures of the Mane Six as they use the power of friendship to maintain and preserve their home of Ponyville and Equestria. This issue shows what happens when friends allow a disagreement to spiral out of control. 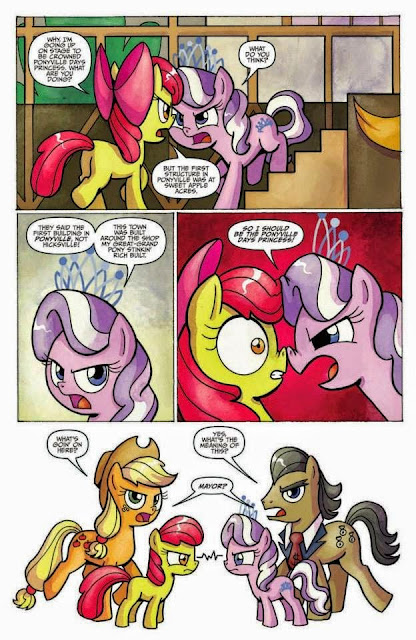 Twilight Sparkle has some princess business to attend to in Canterlot at the same time that Ponyville is celebrating its founding with Ponyville Days. A plaque is to be dedicated to commemorate the event and placed on Ponyville's first structure. The Apples believe it to be the barn at Sweet Apple Acres since their family was amongst the early settlers, but Filthy Rich claims it was his family's first store. Further complicating matters is that store was where Rarity's shop currently is. The town is split down the middle in the argument over which structure is truly Ponyville's first building instrumental in its founding. 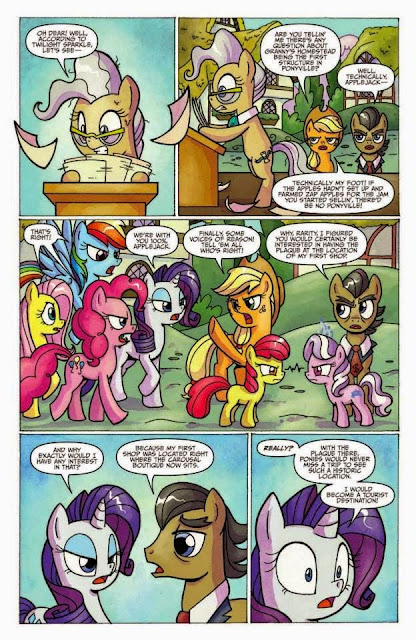 GRADE: A. Although it doesn't speak well for the ponies involved, this issue does show how simple and silly arguments can get out of hand if allowed, tearing friends apart and bringing them to "blows." And other friends end up caught in the middle, unknowingly or willingly taking sides in the matter and tearing them apart as well. The series has managed to get a good assortment of writers that maintain the feel of the cartoon in the pages, and Christina Rice is no different. Although Agnes Garbowska's art is a bit off-model in some panels, she does manage to accurately convey the personalities of the ponies through their actions. Her colors, along with Lauren Perry, give the artwork a painted feel that adds more weight to the characters but still keeps it feeling like it takes place in the same universe as the other issues and the cartoon.

This comic features nine covers, seen below. What did you think of the issue? Let us know in the comments or on our Facebook page by clicking the link at the top of the right-hand menu. 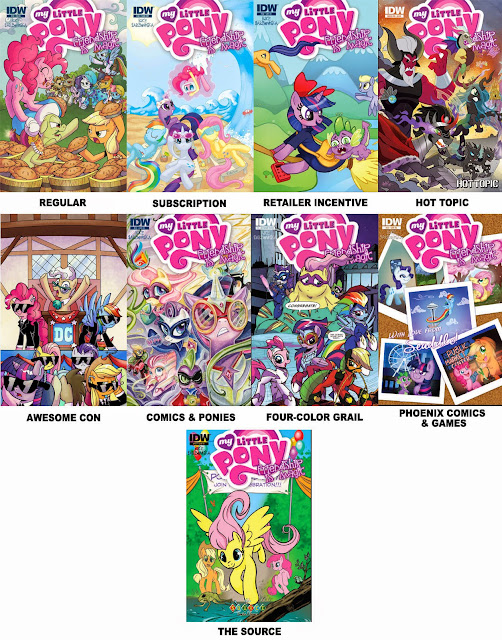