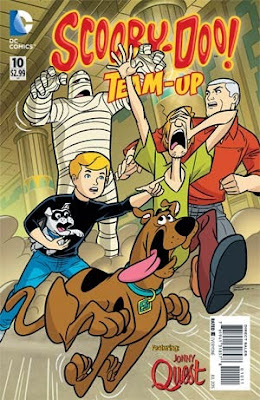 The series may be up to #10, but this is our first review. So, for those of you unfamiliar with the series, Scooby-Doo Team-Up basically follows the format of The New Scooby-Doo Movies where the Scooby gang teams-up with a different guest star to solve a mystery. To avoid licensing fees, the team-ups have been basically restricted to Warner Bros. properties. The majority of the series has featured DC Comics super heroes, but gradually other Hanna-Barbera properties have been thrown into the mix such as The Flintstones, The Jetsons, and, in this issue, Johnny Quest. 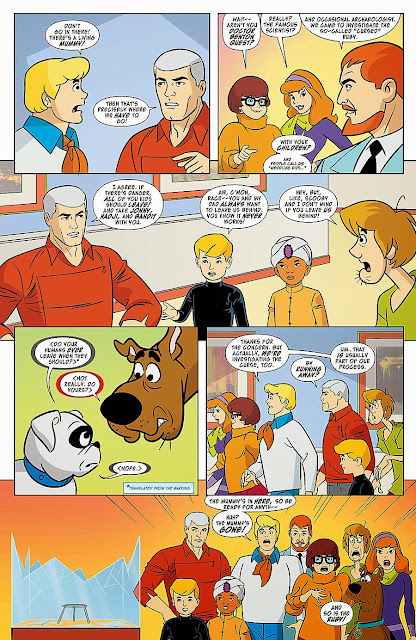 The gang are invited to investigate the supposed curse plaguing a ruby at the museum, which the Quest family had also come to investigate. A chase from a mummy leads both groups into a plot by the Quests' rival Dr. Zin. 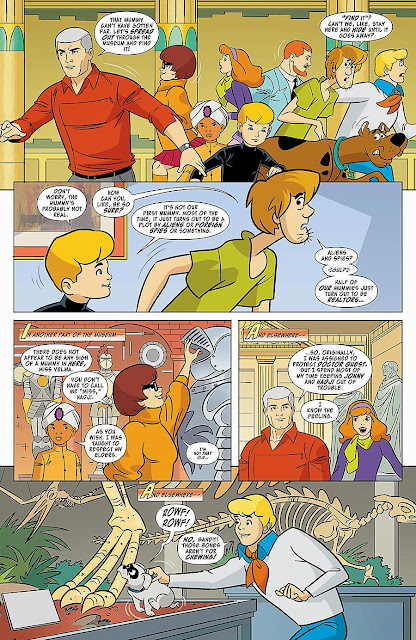 GRADE: A. Sholly Fisch is able to aptly capture the classic feel of Hanna-Barbera storytelling, from the slapstick to the cheesy dialogue. Dario Brizuela also manages to render every character according to their distinctive Hanna-Barbera character models, while still making them seem to exist in the same universe. If not for the shading added by colorist Franco Reisco, you could almost swear you were reading an older comic. As it is, for fans of Scooby and nostalgia, this series offers a liberal dose of both to satisfy anyone.
Posted by Chris Buchner at 8:00 AM