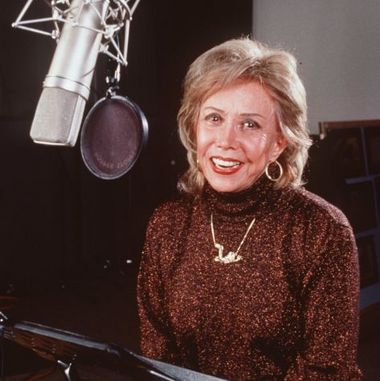 Foray got her start in radio through the WBZA Players, getting her own series, Lady Make Believe, in the late 1930s. She became a popular voice actress, appearing on multiple national network shows. In the 1940s, she began doing film work which included a few live-action roles but was mostly voice work; including roles in Disney’s Cinderella and Peter Pan, Donald Duck short Trick or Treat, and a variety of characters in Woody Woodpecker cartoons. She was invited to join Warner Bros. in the mid-50s where she became the permanent voice for Granny in their Looney Tunes franchise (taking over for Bea Benaderet, whom she would lose the role of Betty Rubble to in Hanna-Barbera’s The Flintstones). Along with Disney, WB and Hanna-Barbera, she would do work for Jay Ward Productions, DiC Entertainment and Nickelodeon. In the 1960s, she became an advocate for the preservation and promotion of animation, writing numerous articles about it. She joined ASIFA-Hollywood and came up with the idea of the Annie Awards, which began celebrating the field of animation in 1972. Foray would also continuously lobby the Academy to make an award for animation, which they did in 2001 by creating the Academy Award for Best Animated Feature. ASIFA-Hollywood would also establish the June Foray Award in 1995, which honored “individuals who have made a significant and benevolent or charitable impact on the art and industry of animation”. Foray was the first recipient. She made sporadic appearances in live television and had cameo roles in the films Boris & Natasha and The Adventures of Rocky and Bullwinkle, both based on the Rocky and Bullwinkle franchise she was part of. Foray died in 2017 after suffering from declining health caused by a car accident two years prior.