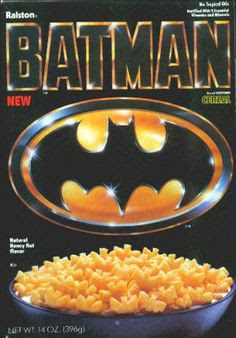 As hard as it might be to believe, Batman was once a hard sell to audiences.

While Adam West’s Batman series may have saved the caped crusader’s comic from cancellation, by the 1970s his popularity began to wane again. Michael Uslan and Benjamin Melniker purchased the film rights from DC Comics in 1979 and wanted nothing more than to bring Batman back to the dark character Bob Kane and Bill Finger intended. Unfortunately, studios only wanted to produce a movie similar to the campy TV series or just flat out turned it down.

Several script drafts and release and budget announcements were made throughout the 1980s, and Warner Bros. decided to take on the project. After the success of Pee-wee’s Big Adventure, Warner hired Tim Burton as the film’s director. The success of the dark stories The Dark Knight Returns and The Killing Joke fueled Burton’s vision for the film and Warner’s commitment to it. Burton enlisted comic book fan Sam Hamm to write a new screenplay that Kane approved of, but by that point Warner was having second thoughts.

The success of Beetlejuice reaffirmed Warner’s earlier commitment and they greenlit the film. Burton casted comedian Michael Keaton in the lead role, which led to outrage from fans and a letter-writing campaign to have him replaced. Jack Nicholson was cast as the Joker, and Kim Basinger played love-interest and investigative journalist Vicki Vale. With a memorable theme by composer Danny Elfman, the film opened on June 23, 1989 to financial and critical success. It took the records for biggest opening weekend, first to reach $100 million in 10 days, and was the highest grossing film based on a DC comic.

Tying into the film, Ralston acquired the license from Warner to produce a cereal based on it. The cereal pieces were honey nut flavored and were made to resemble the bat-shape of Batman’s chest emblem. The box itself came directly from the marketing material, utilizing the logo and title design for the film on an otherwise basic black box. Premiums for the cereal included a glow-in-the-dark Frisbee, a hologram logo t-shirt, an offer for free Batman comics, an Ertl Batmobile with an offer to win a kiddie-car version, a kite offer, an offer for two posters, and a bust bank attached to the boxes with shrink wrap.

The cereal’s commercial utilized Elfman’s theme as well as shots from the film featuring the Batmobile, the Batplane, and obstructed shots of Batman’s rescue of Vicki Vale; never the characters themselves. Intercut with them was the cereal and a complete breakfast on a pedestal in what was supposed to be the Batcave.
Posted by Chris Buchner at 8:04 AM