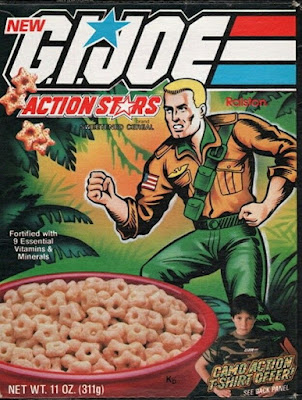 I wish some one would take a good picture of the device cut outs, or scan the box

I remember the cereal being really good. But I probable just like it because it was G.I Joe...