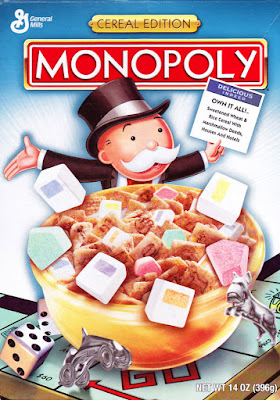 There are very few people who haven’t heard of Monopoly or played it in either of its many physical or digital forms. The game can trace its origins back to 1902 when it was developed by Elizabeth Magie as The Landlord’s Game. She had created the game as an educational tool designed to highlight the negative aspects of concentrating land in private monopolies. She patented it in 1904 and began self-publishing it in 1906.

Domestic heater salesman Charles Darrow was introduced to the game in 1932, 9 years after Magie filed a second patent after the game had undergone several variations, and proceeded to make and sell it himself under the name Monopoly in 1933. When the game experienced excellent sales during the 1934 Christmas season, Parker Brothers bought the rights to the game from Darrow. When they later learned of Magie’s patent, they bought that as well.

The Parker Brothers version began selling in February of 1935, with international versions seeing release the following year. 1936 was also the year the game was given its mascot: Rich Uncle Pennybags, aka Mr. Monopoly, designed by Dan Fox and modeled after J.P. Morgan. The game was redesigned to a version close to the well-known one of today. The game board was broken up into a series of properties based on the streets of Atlantic City, New Jersey including rail road lines and utility services. Players used tokens in various shapes to travel the board to buy up those properties and eventually build houses and hotels, increasing the rent other players had to pay for landing on them. While further revisions were made over the years, Parker Brothers only produced the regular and deluxe version of the classic game. In 1991, Hasbro acquired Parker Brothers and began licensing out Monopoly to produce variations on the game based on other franchises, cities and even the world. Since then, Monopoly has expanded into video games and being a licensed property all its own.

In 2003, to celebrate the 70th anniversary of the Monopoly version of the game first released by Darrow, Hasbro partnered with General Mills to create a limited-edition Monopoly cereal called Monopoly: Cereal Edition (like their many variants). The cereal was a virtual clone of General Mills’ own Cinnamon Toast Crunch with images of the then-current game pieces being drawn onto the cereal pieces. Accompanying them were marshmallows in the shape of various property deeds, houses and hotels. The back panel featured a look and find game, while a side panel delivered some trivia facts about the board game.
Posted by Chris Buchner at 8:04 AM