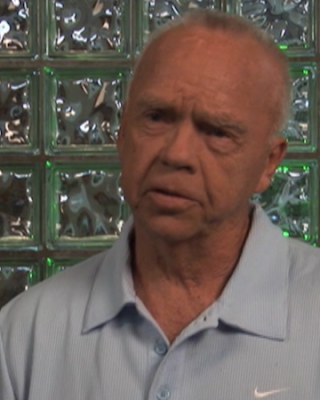 Janson began working at Walt Disney Productions as an in-betweener. In 1965, he became a story man and received his first screen credit in Warner Bros.’ Boulder Wham! Roadrunner short. In the following years, he partnered with fellow animator and writer Chuck Menville. Together, they produced a series of live-action short films utilizing the long-forgotten stop-motion pixilation method. Among them was the Academy Award-nominated Stop Look and Listen, which followed a day in the life of motorists who tooled around the city in invisible cars. They wrote, directed and starred in their shorts. Clips from their second film, Vicious Cycles, were used in ABC’s The New Communicators which landed them a gig making commercials for Gulf Oil’s “no-nox” gasoline. In 1969, Janson and Menville started long stints at both Filmation and Hanna-Barbera, serving as story editors and producers for several of their shows. Over at DiC Enterprises in the 1980s, Menville and Janson were offered the story editor position of The Real Ghostbusters, but they initially turned it down due to the massive workload of having to produce a syndicated and Saturday morning version of the show at the same time. Following the departure of story editor J. Michael Straczynski over creative differences in changes ABC wanted to make, Janson and Menville became the story editors for the remainder of the show’s run. They went on to write, produce and story edit for the reboot of Land of the Lost and Tiny Toon Adventures. Following Menville’s death in 1992, Janson went on to develop the Sonic the Hedgehog animated series for ABC, as well as its follow-up, Sonic Underground. He also wrote several episodes of Baywatch Nights and The Woody Woodpecker Show revival. Janson’s last credited work was on an episode of Gadget and the Gadgetinis in 2003, although he did appear in 2008 documentaries about The Real Ghostbusters.