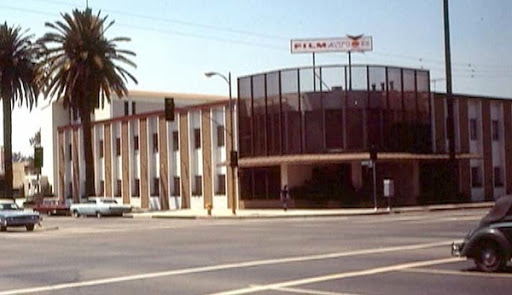 Lou Scheimer and Hal Sutherland met while working for Larry Harmon Pictures. When Harmon closed his studio in 1961, they went to work for True Line where they took on a job to produce a cartoon called Rod Rocket. It was the first place where they credited themselves as Filmation, since they were “working on FILM, but doing animation”. In time, the pair met and were joined by former disc jockey Norm Prescott. They retained Harmon’s former lawyer, Ira Epstein, who incorporated the trio as Filmation Associates in 1962. They began work on their first major project, an animated sequel to MGM’s The Wizard of Oz called Journey Back to Oz which would take a decade to complete due to financing issues, while also working on commercials and unsuccessfully developing an original series called The Adventures of Stanley Stoutheart. On the verge of shutting down, Filmation got its big break when they were able to bluff DC Comics into letting them do a new Superman cartoon by filling their otherwise empty offices with friends and colleagues from other studios to make it seem like Filmation was a booming studio. The New Adventures of Superman became a major hit, ingratiating them to CBS executive Fred Silverman and allowing the studio to follow up with additional DC cartoons and shows based on popular movies. Like other studios, Filmation utilized limited animation and had a major reliance on stock footage that they would reuse even across various shows. To compensate for that, they tried to ensure the writing was as high-quality as possible; such as with Star Trek: The Animated Series, which utilized writers from the original Star Trek and won an Emmy. They also utilized new techniques such as backlighting effects in The New Adventures of Flash Gordon and generating faux 3D vehicle animation using white-outlined black miniatures with a computerized motion control camera for shows like He-Man and the Masters of the Universe. Filmation also had the proud distinction of being the only studio to not send animation jobs overseas, with the exception of The New Adventures of Zorro due to their workload at the time. When concerns arose over violence in children’s television in the late 60s, Filmation shifted focus to gentler comedic fare most successfully with The Archie Show, based on the Archie Comics characters, and Fat Albert and the Cosby Kids, based on the stand-up routines of Bill Cosby. Filmation had always strove to have a pro-social message in their productions, but drove the point home when they began including PSAs at the end of their episodes. 1969 saw them introduce the first African-American character on Saturday mornings with The Hardy Boys. In the 1970s, Filmation expanded into live-action, making 6 fully live-action shows: Space Academy, Ark II, Jason of Star Command, Shazam!, The Ghost Busters and The Secrets of Isis. While the studio had a generally good track record, 1976’s Uncle Croc’s Block proved such a spectacular failure that it ended their relationship with Silverman in favor of rival Hanna-Barbera. With increasing competition on network television from new studios that offered cheaper, outsourced animation, Filmation turned to the syndication market for its remaining years. In 1969, Filmation was purchased by TelePrompTer Corporation, which was then purchased by Westinghouse Electric Corporation’s Group W Productions in 1981. Prescott, who had poor dealings with Westinghouse in the past, took that opportunity to retire from the company. Sutherland had left in 1973 when his TelePrompTer contract ran out, wanting to focus on fine-art painting; although, he would come on as a temporary employee to help Filmation out of any jams. Finding himself embroiled in constant battles with Group W after management changes, Scheimer helped to encourage the sale of Filmation to L’Oreal. However, L’Oreal wasn’t interested in producing anything new and shut the studio down in 1989. Hallmark Cards would acquire all of Filmation’s non-licensed projects in 1995. When the library was sold again in 2004 to Entertainment Rights, it was discovered that Hallmark discarded all of the original material after converting the library to digital and PAL-region formats. This meant the soundtrack on future Filmation releases ran 4% too fast. In 2009, Boomerang Media acquired Entertainment Rights and absorbed it into Classic Media. In 2012, Classic Media was acquired by DreamWorks Animation, which in turn would be bought out by Universal Studios in 2016.