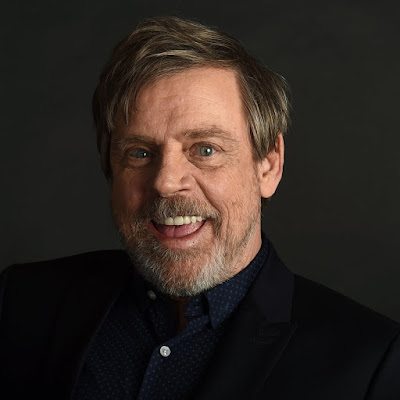 With his father in the Navy, Hamill moved around a lot in his childhood. He became a member of the Drama Club at Nile C. Kinnick High School in Japan, then majored in drama at Los Angeles City College back in the United States. Hamill got his start with the recurring role of Kent Murray on the soap opera General Hospital and as Doobie Wheeler in the short-lived sitcom The Texas Wheelers. He also landed a lead role in the equally short-lived Hanna-Barbera I Dream of Jeannie spin-off, Jeannie, voicing the genie’s master, Corey Anders; which he would reprise for The New Scooby-Doo Movies. After a steady string of appearances on various sitcoms and in some television films, Hamill’s big break came when he auditioned for the role of Luke Skywalker in the Star Wars franchise. To keep from being typecast, Hamill took different roles in the 1978 film Corvette Summer and the 1980 film The Big Red One, as well as several Broadway roles beginning with The Elephant Man. He auditioned to reprise his role when Amadeus was being adapted from the stage to the screen, but a studio executive said, “I don’t want Luke Skywalker in this film.” After a six-year break, Hamill returned to the screen in 1989 in films such as Slipstream, Midnight Ride and The Guyver, as well as appeared as The Trickster in the first The Flash series. In 1992, Hamill gained another breakout role when he began portraying the DC Comics villain The Joker starting with Batman: The Animated Series. For many, Hamill has become the definitive voice for the character, much like his co-star Kevin Conroy has for his portrayal of Batman. Despite several attempts to retire from the character, Hamill has often been lured back to reprise it. The Joker’s success opened many voice-acting opportunities for Hamill, allowing him to win roles in multiple Marvel Comics productions, The Simpsons, Phantom 2040, Wing Commander Academy, The New Woody Woodpecker Show, Codename: Kids Next Door, Pepper Ann, Transformers: Rescue Bots and more. He has also done dubbing work on anime shows and films and worked extensively in video games. A self-professed comic book nerd, Hamill has co-written The Black Pearl for Dark Horse Comics and provided a story for Bart Simpson’s Treehouse of Horror #7 from Bongo Comics, as well as starred in and directed Comic Book: The Movie, a mockumentary filmed at San Diego Comic-Con in 2003. Over the course of his career, Hamill has been nominated for and won numerous awards and received a star on the Hollywood Walk of Fame.