WELCOME TO THE SWINGING 70s! 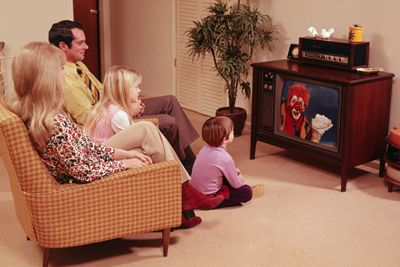 The Swingin’ 70s were more of a tightrope walk for animation studios. Racial uprisings, high-profile assassinations and an unpopular war had made advocacy groups want to ensure their children had a safe place to retreat from the horrors of the real world. They chose to make television that place by pressuring networks to ensure all content geared towards their kids were as harmless as possible. And with only the three major networks to provide them work, studios had no choice but to comply.

Gone were the days of the highly-lucrative action-oriented cartoon. There could be no punches. No slapstick pratfalls. No deep space battles. There could only be good, safe, educational content that pushed a pro-social message such as anti-bullying, anti-drugs, honesty, reading, etc. If it happened to be entertaining in the process, well, that was just a bonus. Really, only Filmation weathered this change effortlessly as their content had already been approached in that manner from the outset. Founder Lou Scheimer came from a client-based creative background, such as making commercials, rather than theatrical cartoons like the others involved with television animation, making him used to producing content via strict guidelines. In response to this, most of the studios took on educational advisors to go over their scripts with fine-toothed combs.

Another impact on animation studios was the economic downturn and rampant inflation. Where once cartoons were the cheaper alternative that made them appealing to the networks, it suddenly became a reality that live-action programming could now be made for just as much—if not cheaper—AND quicker. As a result, a lot more live-action shows made specifically for Saturday mornings appeared throughout the decade. This proved a boon for Sid & Marty Krofft Productions, whose unique costume designs on The Banana Splits Adventure Hour earned them recognition and several shows to their credit. Hanna-Barbera and Filmation also tried their hands at live-action programming in a combination of shows and specials. Other cheap alternatives were game shows like Runaround, educational shows like the revival of Mr. Wizard, and news-oriented programs like Take a Giant Step (later Talking with a Giant).

The economy also led to the loss of more animation jobs in America, with work heading to Mexico, Japan, China, Korea, Australia and other countries. Some studios had already done this from the outset, namely Jay Ward Productions and Total TeleVision with Gamma Productions in Mexico, while others had to in order to meet increasing workloads, like Hanna-Barbera with their Australian division and later the Japanese studio of Wang Film Productions. Filmation, for the duration of its existence, strove to keep animation jobs domestic and only outsourced one of their projects, 1981’s The New Adventures of Zorro, when they found themselves with too much work at one time.

But Saturday mornings kept rolling on and the networks kept investing heavily in them. Comic and newspaper ads continued to run and the Saturday morning preview specials became an annual event, with each network airing one almost every September to usher in their new line-ups. The networks also wooed in celebrities not usually associated with cartoons or kids’ shows—such as stage and film actor Charles Nelson Reilly, musician Rick Springfield, the Harlem Globetrotters basketball team, boxer Muhammad Ali, musical group The Jackson 5ive and more—with the hopes of attracting their existing fanbases to the network and the promise of those celebrities finding new fans among the regular viewers. Did it work? Well, you tell us.

Email ThisBlogThis!Share to TwitterShare to FacebookShare to Pinterest
Labels: 1970s