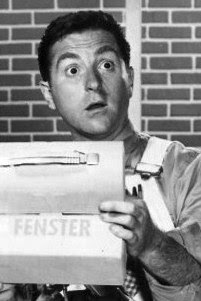 While many were celebrating Back to the Future Day, we lost actor and comedian Marty Ingles on October 21st. You can read the full story here.

Ingles didn't have many Saturday credits, but his voice was unmistakable. He played Autocat on the Motormouse and Autocat segments of Cattanooga Cats, Beegle Beagle on The Great Grape Ape Show and The New Tom & Jerry Show, guest-starred as Billy the Kid on The Ghost Busters, starred as the titular character from Pac-Man, and was The Devil on two episodes of Darkwing Duck.
Posted by Chris Buchner at 3:43 PM