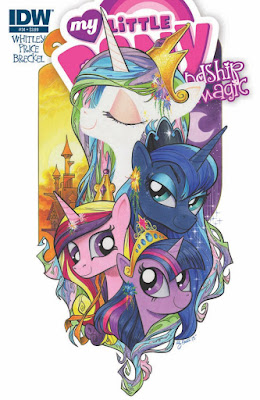 MY LITTLE PONY: FRIENDSHIP IS MAGIC #34

A shrouded pony gathers up some of the Mane Six’s foes—The Flim Flam brothers, Iron Will, Lightning Dust and Queen Chrysalis—in order to attack and disrupt the Crystal Empire’s Crystal Faire. But that turns out to be a diversion for a misguided mission to bring back one of the Ponies’ greatest foes. 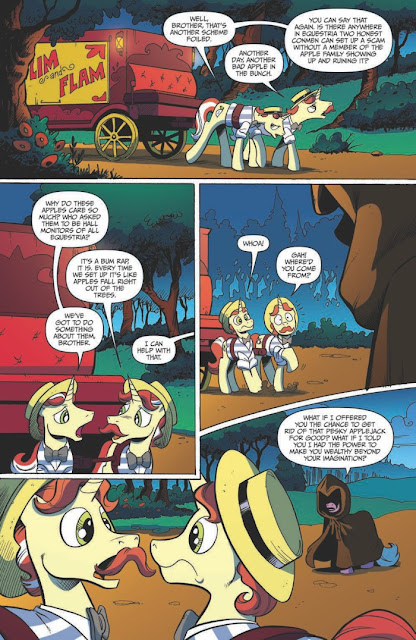 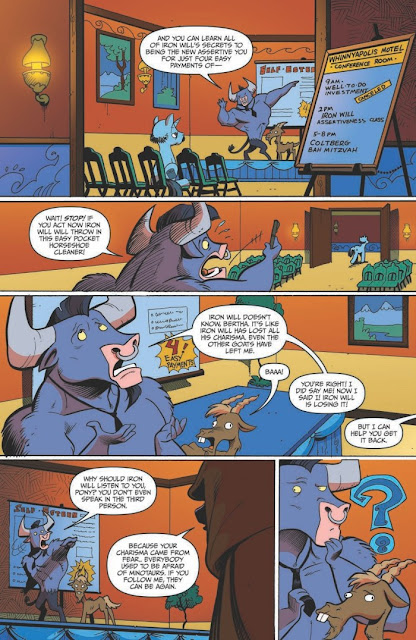 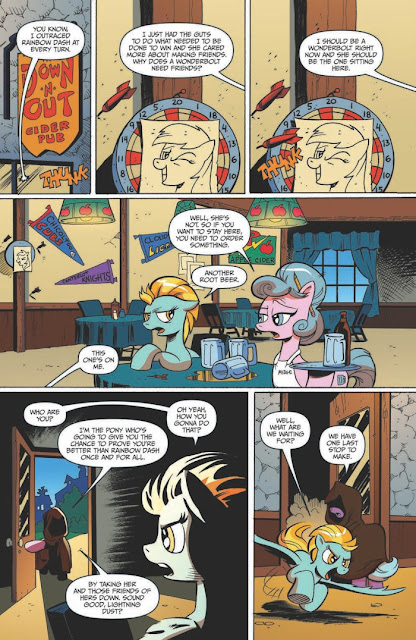 GRADE: A. Jeremy Whitley follows-up his story from FIENDship Is Magic #1 with this two-parter. While much can’t be said about the actual story itself without giving away the entire point of it, the lead-up was well done by recruiting some familiar faces to distract the Mane Six. The only negative is that Chrysalis, who has been depicted as a major threat, seemed very de-powered in this appearance. Whitley is joined by Andy Price on art for this installment, who continues to pepper the action and backgrounds with fun little visual gags.

This issue came with 5 covers, seen below. What did you think of this issue? Let us know in the comments or on our Facebook page. 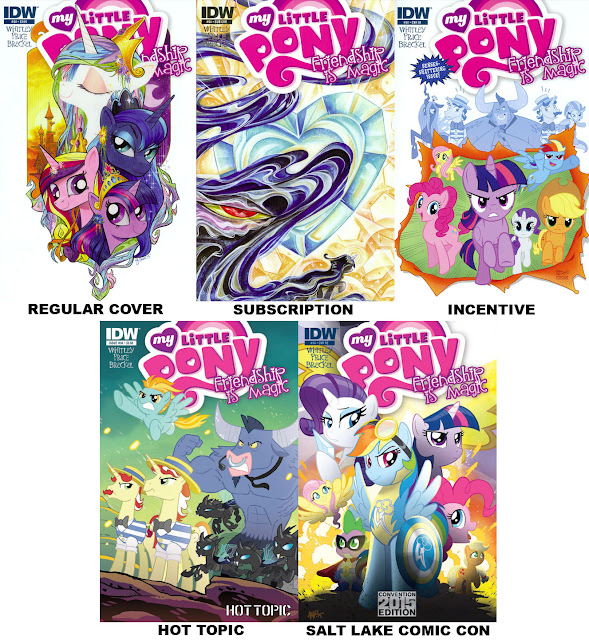 Posted by Chris Buchner at 8:10 AM