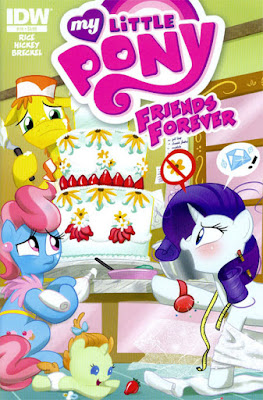 After an unintentional coordination between one of Rarity’s dresses and the Cakes’ cake at a wedding, Rarity decides to start a business with the Cakes to become a one-stop wedding shop. The plan seems like a good one, until Rarity becomes a control freak and begins to overshadow the Cakes’ expertise, leading to a disaster in front of a journalist checking out their business. 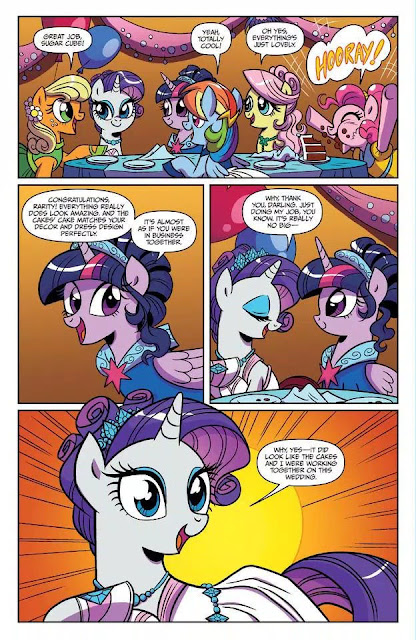 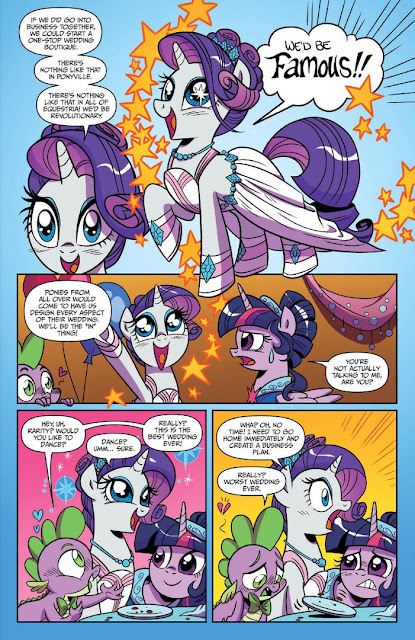 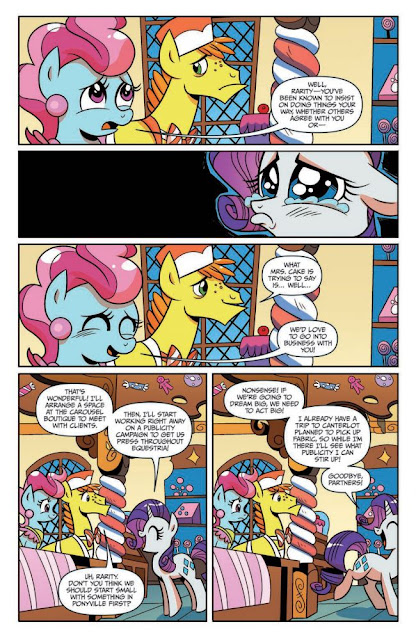 GRADE: A. Rarity is the ultimate obsessive compulsive. She puts as much of herself into anything that she does, sometimes more than she or anyone else really has to give, and Christina Rice captured that perfectly. It made for a fun comparison between the maniacally ambitious Rarity and the pretty laid-back Cakes, and to a fun disastrous cake design. Brenda Hickey’s artwork with Heather Breckel’s coloring brought it all together to really make it feel like an episode of the series. 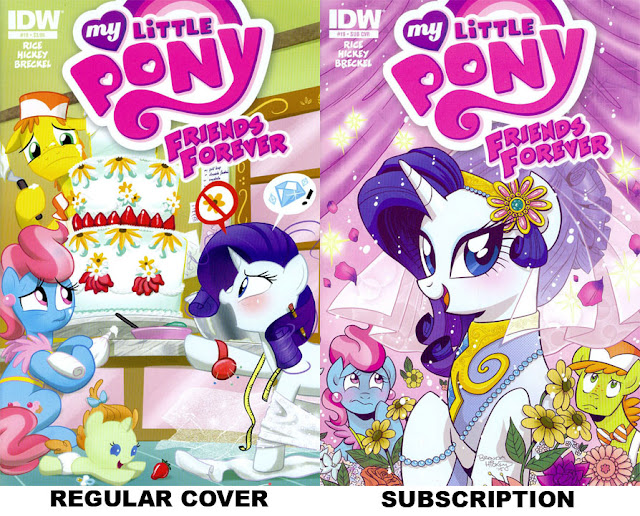