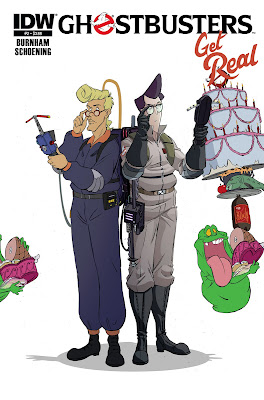 Ray investigates The Real team’s dimension as Proteus’ dog gets closer, guided along by a mysterious cloaked woman. 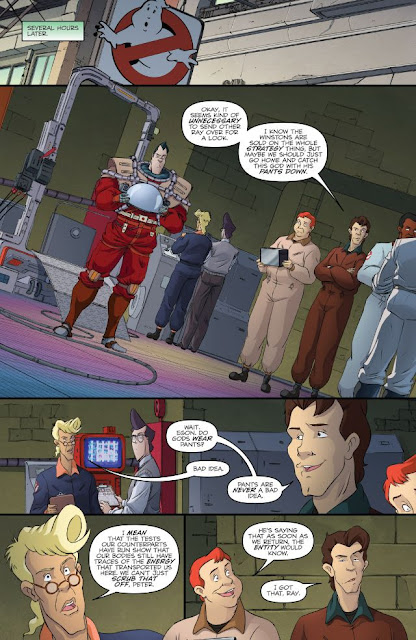 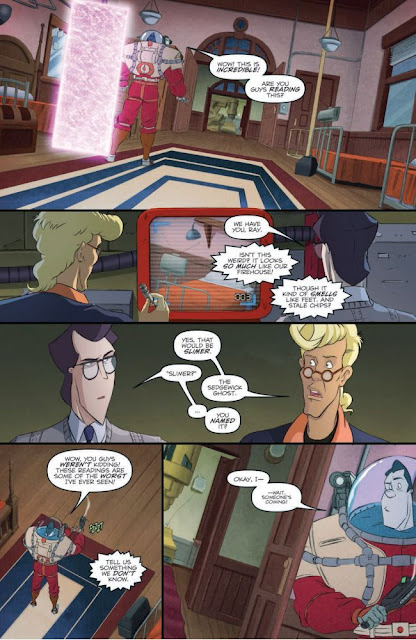 GRADE: A. Not much happened in terms of story with this issue beyond more theorizing and explanations between the characters over the dimensional transference and the threat they face. But, even an issue almost entirely devoid of action is never done under Erik Burnham’s excellent scripting. There was an appearance by The Real’s Slimer and Janine, and a cameo by the crew from Ghostbusters: Sanctum of Slime, as well as Dan Schoening’s continued peppering of Easter eggs all over the pages. 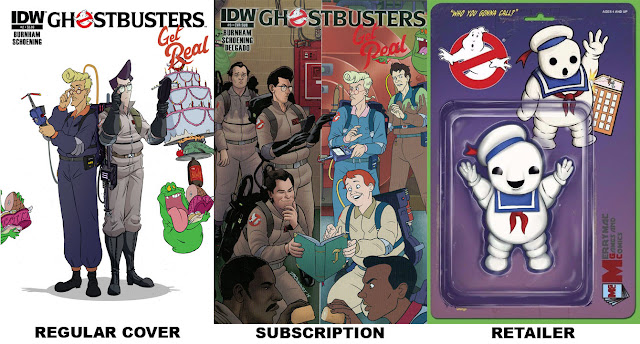