Bob Smith got his start working in radio in his hometown of Buffalo, New York at WGR before moving to WBEN; where he managed to help the network beat WGR’s #1 morning program in the ratings. After gaining the attention of NBC, he was brought to New York City to serve as the early morning host on WNBC where he became known as Buffalo Bob (a double reference to his home and the frontier hero Buffalo Bill). While there, Smith performed a voice for a character whose trademark was opening show by saying “Howwwwwdy Doody.”

NBC’s television division was looking to expand their roster of children’s programs at about the time Smith was contemplating a move to television. Executive E. Roger Muir noticed the popularity of Smith’s show and decided to bring Smith’s voices to life via puppetry. Christened “Howdy Doody”, the initial marionet was designed by Frank Paris featuring a large chin and a crop of wild hair. Smith continued to provide the voice for Howdy, but he wasn’t a ventriloquist. A system was set up where typically after a verbal cue, the director would cut to a shot of Howdy that Smith could see on a screen past the puppet which would signal him to deliver Howdy’s lines. As Smith also voiced several other puppet characters, cue cards used on the set we rendered in different colors to tell Smith which character he was supposed to be providing the dialogue for at a given time. By 1949, the puppets’ dialogue was pre-recorded and played during the live broadcasts.

Howdy Doody debuted on NBC on December 27, 1947 under the name Puppet Playhouse Presents before it was changed within a week. It became the first nationally-televised children’s program, as well as one of the first to air in color (one episode in 1953, and a full week in 1954, mostly as a way to help push the sales of color televisions). Initially, the show was given a circus setting but was quickly changed to the western town of “Doodyville”. A group of kids were on hand in the studio audience called The Peanut Gallery. Each show was opened with Smith asking “Say, kids, what time is it?” to which the kids replied in unison “It’s Howdy Doody Time!” The kids would then proceed to sing the show’s theme song set to the tune of “Ta-ra-ra Boom-de-ay”. The kids would also sing the jingles of the various sponsors for the commercial breaks under the leadership of Smith or Howdy. Howdy Doody was one of the first television programs with audience participation as a major feature. The Peanut Gallery inspired the executives at United Features Syndicate to name Charles M. Schulz’s comic strip Peanuts, much to his chagrin.

To help keep the kids on their best behavior and to quiet the anxious ones, the character of Clarabell the Clown was introduced. Clarabell was mute and communicated in mime, by honking a horn on his belt, and squirting seltzer (usually on Smith). Clarabell was portrayed by Bob Keeshan or several stand-ins when Keeshan was needed for another function on the show. In 1952, Keeshan left and became the host of his own successful children’s show, Captain Kangaroo. Clarabell was then played by Bobby “Nick” Nicholson and finally Lew Anderson for the remainder of the show’s run. Other puppet characters included Heidi Doody, a stranger who saved Smith’s life and was adopted as Howdy’s sister; Phineas T. Bluster (Smith), skinflint and mayor of Doodyville; Phineas’ brothers Hector Hamhock and Don Jose and nephew Petey; Princess SummerFallWinterSpring (began as a puppet until she was taken over by Judy Tyler, then returned to puppet form upon Tyler’s death in 1953 voiced by Linda Marsh); Dilly Dally (Smith), Howdy’s boyhood friend; Inspector John J. Fadoozle (Smith), a private eye; Flub-a-Dub (Smith), a mixture of 8 different animals; and shopkeeper J. Cornelius Cobb (Nicholson), who had a strong dislike for clowns. Other human characters included Native Americans Chief Thunderthud (Bill LeCornec) and Chief Featherman, used to emphasize the show’s western theme. 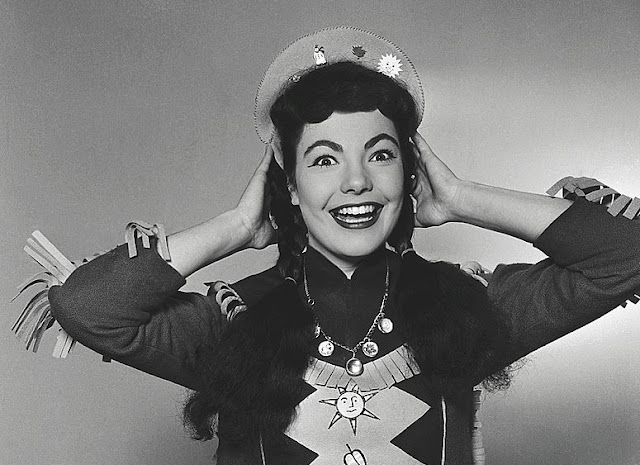 Howdy Doody began on Saturday nights as an hour live program and quickly rose in popularity. NBC expanded the show with two additional airings during the week, and soon to a daily half-hour program. Each new market NBC began broadcasting to became enamored with the show, increasing its viewership tremendously. Pregnant women would often write in for an attempt to get a seat in The Peanut Gallery for their children by the time they were four (only 40 kids were allowed by fire department regulations, and no one got in without a ticket). NBC was sure to suitably market the show with lunch boxes, shirts, cereal premiums, and home versions of Howdy. Head writer Edward Kean wrote many of the comics published by Dell from 1950-56, as well as the Sunday-only comic strip from United Features Syndicate (with additional writing by Stan Lee). UPA was even commissioned to produce an animated special, Howdy Doody and his Magic Hat, marking the directorial debut of Gene Deitch, and international versions of the program aired in Mexico and Canada.

This success came with a cost. Paris felt that since he created the puppet, he was due a larger portion of the profits, and often got into heated arguments with Smith and the producers about it. In 1948, he walked off the show with the puppet. While a new one was being fabricated, the show used the storyline it established about Howdy running for President to explain his absence by saying he was out campaigning. Further, it was said that in order for Howdy to beat his rival, Mr. X (revealed to be the Inspector), he had to become more handsome and got plastic surgery. Howdy’s new head was designed by Disney artist Thelma Thomas and built by Velma Dawson. He now had big ears, a goofy smile, a solid head of red wooden hair and 48 freckles (representing the number of American states at the time). Rhoda Mann took over controlling Howdy. Paris attempted to put an injunction on NBC to stop them from using the name “Howdy Doody”, but the courts sided with NBC and Smith. Paris was also unable to use the original puppet in another production. Further, Keeshan, Allen, LeCornec and Mann all left the show in 1952 over a salary dispute.

Smith kept himself busy. In 1948, NBC gave him another show, The Bob Smith Show, to try and work his charms on the parents as he had their kids. Smith continued hosting his radio show on WNBC, and in 1952 added a radio version of Howdy Doody that allowed him to be more innovative with the concept. Guitarist Tony Mottola and organist Doc Whipple played on the show with Howdy’s washboard band. In 1954, Smith took on another show from 10-11 AM to compete with Arthur Godfrey and a midday local TV program. It turned out to be a little too much as Smith suffered a heart attack that year and was ordered to remain home for recovery. Smith’s absence from the show was explained that he was vacationing at Pioneer Village while actor Gabby Hayes and disc jockey Ted Brown filled in for him. NBC was willing to give Smith the time to recover, but sponsors were getting anxious; they wanted him to sell their wares. A temporary studio was set up in Smith’s home so that he could make appearances on the program. Allen Swift took over voicing Howdy and Smith’s other puppet roles, and kept on doing them for the remainder of the program even after Smith’s eventual return.

By 1956, Howdy Doody was losing favor with the network. While his original audience was outgrowing him and a new audience moved in to take their places, the fact was the show was taking up a good chunk of NBC’s schedule that could be used for more profitable adult programming. The weekday versions were dropped in favor of a Saturday morning version, replacing The Pinky Lee Show. To further cut costs associated with Howdy Doody, the program was no longer broadcast live. Five weeks of shows were filmed at a time to be broadcast later; after which the sets would be struck and the studio space used for other programs.

As the decade was coming to a close, the landscape for children’s television began to change and NBC no longer had a place for Howdy. After 2,343 episodes, the show was cancelled on September 24, 1960. The final episode was an hour-long retrospective of the entire program. The stand-out moment was that Clarabell finally spoke, saying a somber “Goodbye, kids.” “Auld Lang Syne”, the song most would recognize from New Year’s celebrations, played as the credits rolled over the empty, darkened set, followed by the announcement that The Shari Lewis Show would replace it the following week. The main Howdy puppet currently resides in the Detroit Institute of Arts following a custody battle between the museum and the family of Rose, who wanted to sell it at auction.

The 1970s brought a wave of nostalgia for the 1950s, capped off with the successful film American Graffiti and the show Happy Days. Smith and Howdy returned for an episode of Happy Days entitled “The Howdy Doody Show”. Shortly after, Nicholson-Muir Productions, owned by Nicholson and Muir, secured the rights from NBC to produce a new version of the program. The New Howdy Doody Show was filmed out of Miami and aired in syndication. LeCornec returned to play the fictional producer of the show, Nicholson Muir, and Nicholson and Anderson returned to their roles of J. Cornelius Cobb and Clarabell, respectively. Howdy was redesigned and given a mop of real hair. Unfortunately, it was hard to recapture the magic of the original program; especially as networks were pressed to schedule the show and rarely did so on a consistent basis. They tried to play things towards the returning fans instead of just focusing on the current children, and the audience (now numbering 400, a mix of children and adults) was only used for certain parts to make it easier to film. The show only lasted six months, from August 1976 until January 1977.

In 2001, NBC Home Video licensed Image Entertainment to release four VHS tapes and four discs collecting four episodes each from between 1957 and 1960; with one episode from 1953 also included. In 2008, Mill Creek Entertainment was licensed to release Howdy Doody Show: 40 Episodes 1949-1954 comprised of fan-selected episodes and the finale, as well as a 20 episode collection. The earliest episodes of Howdy Doody have fallen into the pubic domain and have been made available online.