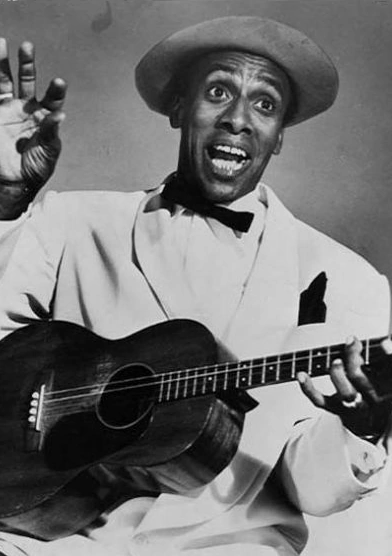 Born Benjamin Sherman Crothers, he began a musical career as a teenager; teaching himself how to sing and play the guitar and drums. He would play with a band in speakeasies throughout his native Terre Haute until he ended up performing five days a week on a radio show in Dayton, Ohio in the 1930s. It was there the station manager suggested he needed a catchier name, so Crothers called himself “Scatman” after his scat singing style. He released several singles through Capitol Records, and an album with High Fidelity Records, went on USO tours with Bob Hope and performed with bandleader Slim Gaillard. Crothers appeared in 3 short films before making his feature-film debut with 1953’s Meet Me at the Fair. He appeared in four Jack Nicholson films; notably Stanley Kubrick’s The Shining for which he won an Academy Award. His television career began in 1957 on an episode of The Adventures of Jim Bowie and went on to include programs like Dragnet, McMillan & Wife, Kojak, Ironside, Charlie’s Angels, The Love Boat, Magnum P.I. and Laverne & Shirley. In 1966, Crothers went into voice acting when he took over the role of the Cheshire Cat from Sammy Davis, Jr. for Hanna-Barbera’s album for The New Alice in Wonderland (or What’s a Nice Kid Like You Doing in a Place Like This?) animated special, as Davis was signed exclusively to Reprise Records, and in 1970 he voiced Scat Cat in the animated film, The Aristocats. The following year, he was cast as the voice of the animated version of Harlem Globetrotter George “Meadowlark” Lemon in The Harlem Globe Trotters and The New Scooby-Doo Movies. He would later play fellow Globetrotter Nate Branch in the follow-up, The Super Globetrotters, as Meadowlark had left the team by then. In 1974 he played the title character in Hong Kong Phooey, which he reprised for Laff-A-Lympics, and provided additional voices for several other Hanna-Barbera shows. During the 1980s, he starred in three short-lived live-action series--One of the Boys, Casablanca (1983) and Morningstar/Eveningstar--as well assumed the role of the Autobot Jazz in the Transformers franchise. He was also given an NAACP Image Award and a star on the Hollywood Walk of Fame. After a four-year struggle with lung cancer, Crothers died in 1986 at the age of 76. He was posthumously inducted into the Black Filmmakers Hall of Fame the following year.