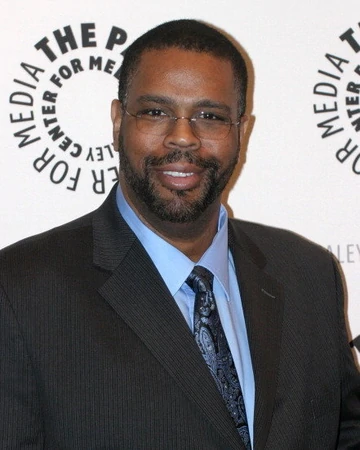 A Michigan native, McDuffie graduated the Roeper School and the University of Michigan before moving to New York to attend New York University’s Tisch School of the Arts. After working as a copy editor at Investment Dealer’s Digest, McDuffie went on to work for Marvel Comics as assistant to editor Bob Budiansky. There, he helped develop the company’s first superhero trading cards set before getting his first major writing work published in the pages of Damage Control. After becoming an editor, he submitted a spoof proposal for a series called Teenage Negro Ninja Thrashers after becoming dissatisfied with the number and treatment of Marvel’s Black characters. Going freelance in 1990, McDuffie continued to write for Marvel alongside DC Comics, Archie Comics and Harvey Comics, where he wrote the comic spin-off of the Back to the Future cartoon. Along with Denys Cowan, Michael Davis, Derek T. Dingle and Christopher Priest (who left in the early planning stages for personal reasons), he founded Milestone Media to bring the multicultural sensibility they felt missing from comic books. They debuted Milestone Comics in 1993, published through DC Comics, that introduced the interconnected “Dakotaverse”, named for the fictional city of Dakota where most of their stories were set. Populating it were the African-American Static, Icon and Hardware; the Asian-American Xombi; and the group Blood Syndicate comprised of various ethnicities. A victim of both the comic bust and near-sighted retailer perception, Milestone ceased operations in 1997 and became primarily a licensing company. Static was adapted into the animated series Static Shock, on which McDuffie served as story editor and wrote 11 episodes. He also wrote for Teen Titans and What’s New, Scooby-Doo? while serving as a staff writer on Justice League; where he was later promoted to story editor and producer when the series became Justice League Unlimited. Additionally, he wrote the story for the video game Justice League Heroes and several direct-to-DVD DC animated movies. Along with returning to comic work with Beyond!, Fantastic Four vol. 1, and Justice League of America vol. 2, McDuffie was hired to revamp and story edit the Ben 10 franchise for Cartoon Network, resulting in Alien Force and Ultimate Alien. During his career, he was nominated for several Eisner Awards, Daytime Emmy Awards, and won a Golden Apple Award, The Humanitas Prize, an Inkpot Award, and a Writers Guild of America Award, as well as voted Favorite Breakout Talent in Wizard Magazine’s Fan Awards. In 2011, McDuffie died of complications from emergency heart surgery. Several tributes came after his death: Justice League: Doom, Ultimate Alien’s final episode and the spin-off video game were dedicated to his memory; a diner named “McDuffie’s” appeared in Green Lantern: The Animated Series; Ultimate Spider-Man introduced the new CEO of Damage Control named “Mac” with a dedication in the same episode; the 2011 Static Shock comic reboot had the titular character attending a high school named for McDuffie; new DC Comics character and brief TV star Naomi was given the last name “McDuffie”; and the Dwayne McDuffie Award for Diversity and Comics and The Dwayne McDuffie Award for Kids’ Comics were started in his honor.