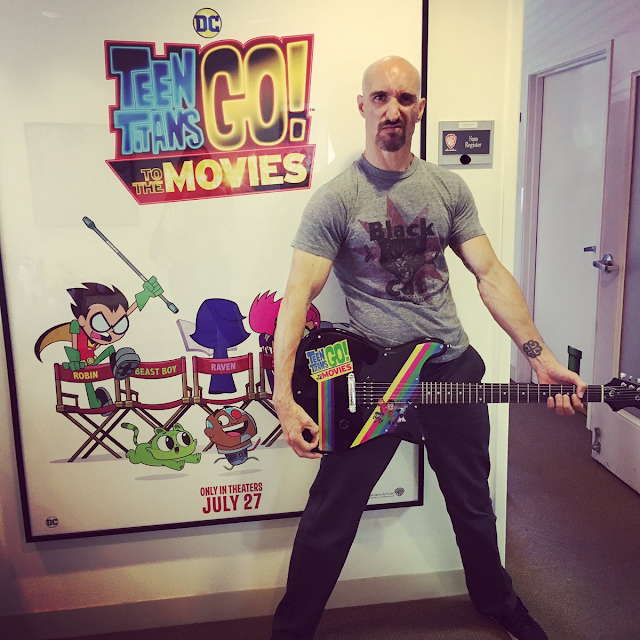 The son of animator and writer Chuck Menville, Scott Menville went into the “family business” by becoming a voice actor; with his first credit being a 1979 episode of Scooby-Doo and Scrappy-Doo. His first starring role came as Spanky in The Little Rascals animated series in 1982, followed by Bingo Beaver in The Get Along Gang. He proceeded to have a series of starring, minor or guest-starring roles for Hanna-Barbera Productions, Ruby-Spears Productions, Bagdasarian Productions and DiC Entertainment, while branching out into live-action acting with a guest appearance on One Big Family in 1987. That led to his having recurring roles on The Wonder Years, Full House (reprised on its sequel spin-off Fuller House), The Parent ‘Hood and others. Interestingly, he performed on both the live-action Punky Brewster and its animated spin-off. He has maintained a steady career as both a live and voice actor, doing cartoons, anime dubs and video games. Most frequently, his voice allows him to be cast in the roles of young boys like Robin in the Teen Titans franchise and Scott Dingleman in Bunnicula. Along with acting, Menville is a musician. He played bass guitar for the band Boy Hits Car from their founding in 1993 until 2006. The band released three albums with Menville as a member, and their song “LoveFuryPassionEnergy” was used as the theme song for WWE wrestler Lita. Menville has been nominated for a Young Artists Award and a Behind the Voice Actors Award, winning several of the latter.

The Get Along Gang

Challenge of the GoBots

New Kids on the Block

Peter Pan and the Pirates

Captain Planet and the Planeteers

The Little Mermaid: The Animated Series

Where on Earth is Carmen Sandiego?

Shaggy & Scooby-Doo Get a Clue!

Star vs. the Forces of Evil

Posted by Chris Buchner at 8:59 PM