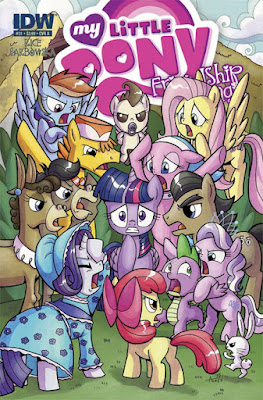 MY LITTLE PONY: FRIENDSHIP IS MAGIC #31

The second part of "Ponyville Days" picks up with Twilight Sparkle having to figure out how to bring the town together in time for all the visitors arriving to celebrate with them. Twilight decides if the Ponies won't work together, then she'll get them to work together separately. Unfortunately, that ends up causing more problems than it solves.

GRADE: A. Christina Rice gives a satisfying conclusion to her story complete with a moral lesson worthy of the show. All the characters' personalities are captured perfectly so that you can almost hear the actors' voices coming through. Agnes Garbowska's artwork suffered a bit in this issue, with a lot of the characters being off-model in some panels--more so than in the previous issue. But, while noticeable, it didn't detract from the story much. 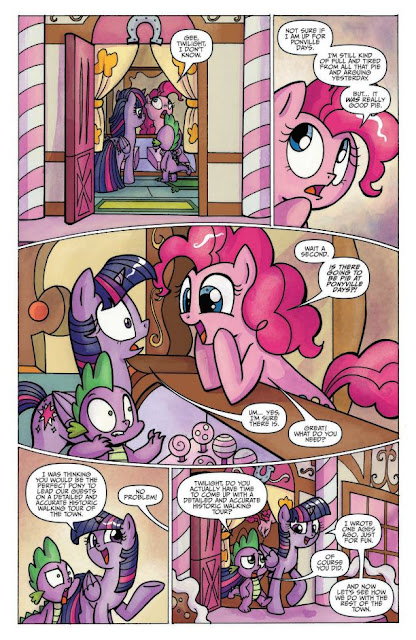 One interesting thing of note: this issue came out the week of the show's 100th episode, which put a focus on many of the more notable background ponies for a change. Many of those ponies make a prominent (though not major) appearance in this story. If that was intentionally coordinated or not, it was still very good timing.

This issue came with four covers, seen below. What did you think of this issue? Let us know in the comments or on our Facebook page by clicking the link at the top of the right-hand menu. 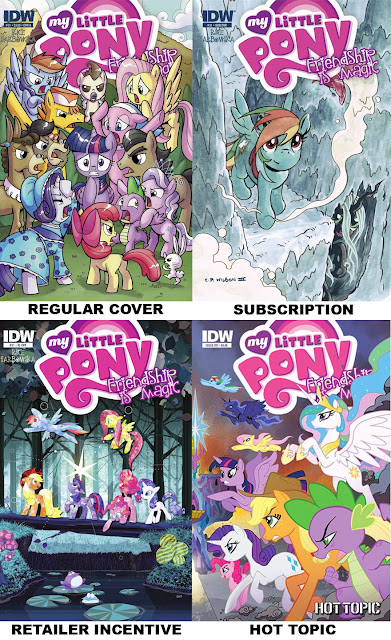 Posted by Chris Buchner at 9:00 AM