THE ADVENTURES OF SUPER MARIO BROS. 3

For the history of Mario, check out the post here.

In 1988, Nintendo released Super Mario Bros. 3 for the Famicom in Japan, while the American release for the Nintendo Entertainment System was delayed until early 1990 due to a shortage of ROM chips. For American audiences, it was a return to the classic gameplay established in the original as the American version of Super Mario Bros. 2 was a reskinned version of the game Yume Kojo: Doki Doki Panic since Nintendo felt the true sequel was too difficult for them (it would eventually see a release in America as The Lost Levels). Once again, two-players were able to play by alternating turns each level as Mario or Luigi. It was also the first game in the series to feature an overworld map.

Mario 3 sees Mario and Luigi back in their pallet-swapped glory attempting to save the Mushroom Kingdom from the forces of Bowser and his minions. However, this time around, Bowser is joined by some new allies: his children, the Koopalings. The Koopalings resemble shorter versions of Bowser, each one having their own personality, fashion sense and hair style to distinguish them.

While all of the familiar power-ups returned, a new assortment of weaponry was provided for the Mario brothers. The Super Leaf gave them raccoon ears and a tail that allowed them to attack with it and fly. The Tanooki Suit gave them the same abilities as the Super Leaf, but allowed them to briefly turn themselves into invulnerable (and immobile) statues. The Frog Suit gave them greater speed and maneuverability in the water, as well as a higher jump. The Hammer Suit turned them into versions of The Hammer Brothers, allowing them to fling hammers at enemies. Finally, the P-Wing granted them indefinite flight for an entire level until an enemy made contact or another power-up was grabbed. A less-common power-up was the Goombah Shoe; a large green shoe with a wind-up key that could be taken from the Goomba riding in it and worn to prevent damage from spikes and spiked enemies. Power-ups could also be won in mini-games and saved for later use in one of three slots accessible on the map; allowing a player to begin a level with their chosen power-up active.

Mario 3 proved a hit in Japan and the game was adapted into three direct-to-video OVAs by Studio Juno. Anticipating it would have the same reception in America, production began on a new Mario Bros. cartoon centered around the game developed by Bruce and Reed Shelly. Although the settings, enemies and power-ups were all from Mario 3, the cartoon strongly resembled the previous show from the Super Mario Bros. Super Show! That’s because DiC Entertainment produced both shows and Sei Young Animation Co., Ltd. was again retained to handle the animation. However, this time around they were joined by Italian studio Reteitalia S.P.A., resulting in slightly different character models. King Koopa’s (Harvey Atkin, reprising the role from Super Show!) name and appearance were retained, as were Mario (Walker Boone) and Luigi’s (Tony Rosato) red and green coveralls (in the games they had been switched to blue while their shirts and hats bore their respective colors). Joining Mario and Luigi on their adventures was Princess Toadstool (Tracey Moore) and her attendee, Toad (John Stocker, also reprising the role from Super Show!).

Because production on the series began before the game was released in America, the Koopalings were given different names based on their personalities. Larry became Cheatsy (James Rankin), Morton became Big Mouth (Dan Hennessey), Wendy became Kootie Pie (Tabitha St. Germain), Lemmy and Iggy became Hip and Hop, respectively (both Tara Strong), Roy became Bully (Gordon Masten), and Ludwig became Kooky Von (Michael Stark). The series also differed from the previous one by having the characters journey to the “Real World”, or our Earth where the Mario brothers originally came from.

The Adventures of Super Mario Bros. 3 debuted on NBC on September 8, 1990 in an hour-long block alongside the second season of Captain N: The Game Master as Captain N & The Adventures of Super Mario Bros. 3. It remained that way until Weekend Today split the shows apart on the schedule. It was written by Doug Booth, Martha Moran, Matt Uitz, Rowby Goren, Phil Harnage, Perry Martin, Sean Roche, David Ehrman, Steven J. Fisher, Steve Hayes, Heidi Holicker, Rick Holicker, Michael Maurer and Ted Pedersen. Each episode was comprised of two segments. Each segment had a title screen reminiscent of the game’s title screen with a curtain and stage. The curtain rose to show the title over an image of the overworld map with modified music from the game by Koji Kondo. The series’ music was composed by Michael Tavera, but for its initial run it featured some licensed songs in several episodes. In fact, in “Kootie Pie Rocks” Milli Vanilli songs were not only used, but the actual group made an appearance, having been kidnapped from the Real World for Kootie’s pleasure (the episode was later pulled from syndication following their lip-synching scandal). For rebroadcasts and most home releases, the licensed music was replaced by the song “Mega Move” from Captain N.

In 2003, the complete series was released by MRA Entertainment, Europe for Australia; one volume of which was released in Germany. Disky Entertainment released three volumes of 6 episodes each in the United Kingdom and the Netherlands. Sterling Entertainment Group released a 6 episode VHS collection called King Koopa Katastrophe for the United States. In 2004, General Mills teamed up with DiC and offered DVDs on various boxes of cereal that contained episodes from DiC’s various programs. One disc featured an episode of Mario 3. and two episodes of Heathcliff. 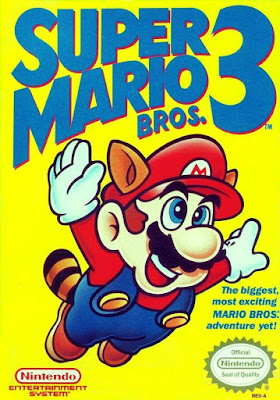 In 2007, Shout! Factory and Vivendi Entertainment released the complete series on its own and as a double pack with The Adventures of Sonic the Hedgehog volume 1 as a promotional tie-in for the release of Mario & Sonic at the Olympic Games. NCircle Entertainment re-released King Koopa Katastrophe as a DVD under the Super Show! title and is the only DVD to feature the original licensed music on three of the six episodes. In 2009, NCircle released two more collections titled The Trouble With Koopas and What A Wonderful Warp, and a third in 2010 called Koopas Rock! In 2013, they re-released the complete series as a special collector’s edition, although the cover art for it features Cape Mario from the sequel game and series Super Mario World.

“Mind Your Mummy Mommy, Mario / The Beauty of Kootie” (9/15/90) – Hip and Hop accidentally resurrect a mummy who believes Mario is her son. / Cheatsy turns Kootie Pie into a human to fool Mario while they steal the oil from the sultan of Desert Hill.
Song: “Wipe Out” by the Surfaris & “Slippin’ and Slidin’” by Little Richard

“Princess Toadstool for President / Never Koop a Koopa” (9/22/90) – Kooky gives King Koopa a nice guy potion to make him likable to voters to beat the Princess in an election. / King Koopa captures the heroes in order to teach Cheatsy how to be as rotten as he is.
Song: “Great Balls of Fire” by Jerry Lee Lewis

“Reign Storm / Toddler Terrors of Time Travel” (9/29/90) – With the Princess on vacation, Kooky uses a robot duplicate to take over. / King Koopa and Kooky go back in time to stop the Mario Bros. from ever arriving in the Mushroom Kingdom.


Song: “Girls Just Want to Have Fun” by Cyndi Lauper & a reworking of “Baby Face” by Jan Garber

“Oh, Brother! / Misadventure of Mighty Plumber” (10/13/90) – An argument between them splits up the Mario Bros., allowing Mario to be captured. / King Koopa brings a TV superhero to life and tricks him into robbing the treasury.

“A Toadally Magical Adventure / Misadventures in Babysitting” (10/20/90) – Toad takes a magic wand for safekeeping and ends up causing magical mayhem. / Mario and Luigi have to take care of a baby that found its way to the Mushroom Kingdom from Brooklyn.

“Do the Koopa / Kootie Pie Rocks” (10/27/90) – The heroes and Koopalings try to get their hands on the Doom Dancer. / King Koopa kidnaps Milli Vanilli to perform for Kootie Pie.
Song: “Blame it on the Rain” & “Girl You Know It’s True” by Milli Vanilli

“Mush-Rumors / The Ugly Mermaid” (11/3/90) – A family from the Real World is mistaken for aliens. / A mermaid princess saves Mario from drowning and falls in love with him.

“Crimes R Us / Life’s Ruff” (11/10/90) – King Koopa recruits a Real World criminal to teach the Koopalings. / Hip and Hop turn Luigi and the King of Ice Land into dogs before heading to Florida to cause chaos.

“Up, Up and a Koopa / 7 Continents for 7 Koopas” (11/17/90) – Kooky’s Raiser Upper machine levitates everything in the Mushroom Kingdom. / The heroes are captured and the Koopalings proceed to conquer each continent in the Real World.

“True Colors / Recycled Koopas” (11/24/90) – After changing the Mushroom People into different colors, Kooky and Cheatsy get the different groups to fight. / The Koopalings send their trash to Brooklyn, which changes the people there into Koopa Zombies.

“The Venice Menace / Super Koopa” (12/1/90) – King Koopa abducts Venice to turn it into a water park for Kootie Pie. / Kooky creates a pendant for King Koopa that allows him to use the heroes’ powers, but it only works in the Real World.

Posted by Chris Buchner at 8:16 AM